The economist said that Aadhaar is the basis for all kinds of connections that involve things like financial transactions. 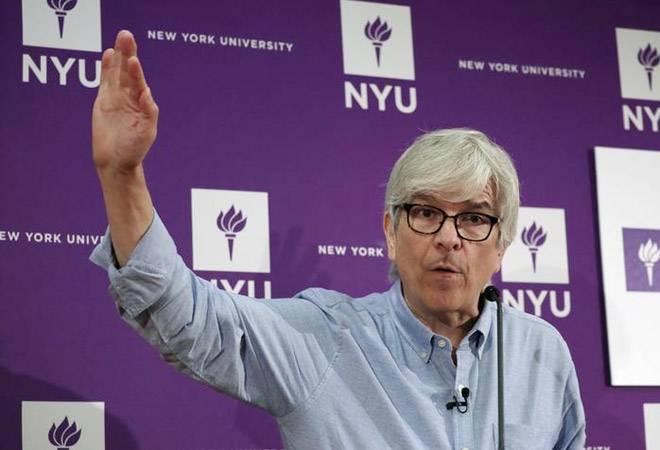 Paul Michael Romer, who is one of this year's recipient of the Nobel Prize for Economics is a fan of the Aadhaar system. In an interview to Bloomberg in March last year, Romer had said that the Aadhaar biometric database is the most sophisticated system he had ever seen. Romer was the Chief Economist of the World Bank at that time, a position he left in January this year.

Romer added that it's best to develop one standardised system so that people can carry their IDs wherever they go in the world and that the system in India is the most sophisticated he had ever seen.

The economist said that Aadhaar is the basis for all kinds of connections that involve things like financial transactions. "It could be good for the world if this became widely adopted," Romer said, also adding, it "should be part of the policy of the government to give individuals some control over the data that the private firms collect and some control over how that data is used".

However, in a recent judgment, the Supreme Court restricted the use of Aadhaar by private players as well as struck down many other provisions. At the same time, the apex court made it clear that there is constitutional validity to the Aadhaar system that covers more than 122 crore people.

Paul Romer and William Nordhaus won this year's prestigious Nobel Prize for Economics for their work on integration of climate change and technological innovation into macroeconomic analysis.

The Royal Swedish Academy of Sciences said, "Their findings have significantly broadened the scope of economic analysis by constructing models that explain how the market economy interacts with nature and knowledge."

This year four other Nobel prizes were handed out - Arthur Ashkin, Gerard Mourou and Donna Strickland for Physics, Frances Arnold, George Smith and Gregory Winter for Chemistry, James P Allison and Tasuku Honjo for Medicine and Denis Mukwege and Nadia Murad for Peace.