Will Aadhaar Cause Death of Civil Rights?

In the Central Identities Data Repository (CIDR) of 12-digit biometric Unique Identification (UID)/Aadhaar numbers, an Indian resident can be seen by anyone from any part of the planet, but they cant see the person who is looking at them. 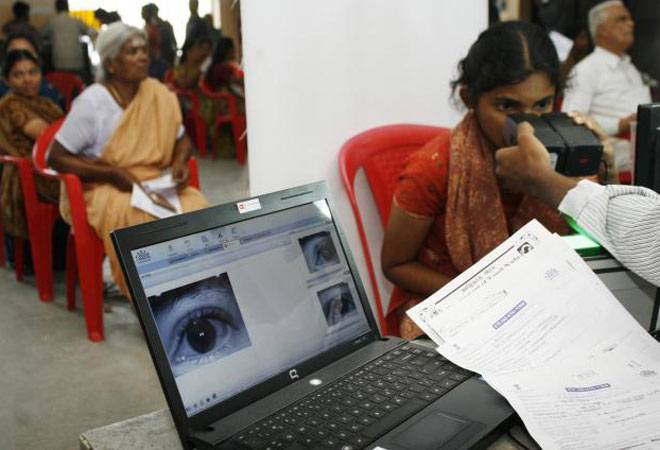 In the Central Identities Data Repository (CIDR) of 12-digit biometric Unique Identification (UID)/Aadhaar numbers, an Indian resident can be seen by anyone from any part of the planet, but they cant see the person who is looking at them. He/she is the object of information, but never a subject in communication as in a panopticon, an architectural configuration that enables a single guard to view all the inmates in a prison, but prevents those inmates from knowing exactly when they are being watched and from where. This design is a general model of defining power relations in everyday life.

The Supreme Court issued its first order on September 23, 2012, making it clear that UID/Aadhaar is voluntary and cannot be made mandatory. The decision came nearly two years after its launch. The Apex Court's last order is the law of the land and UID/Aadhaar cannot be made compulsory because of the order of Supreme Court's Constitution Bench dated October 15, 2015, which was reiterated on September 14, 2016. The passage of the Act by the Parliament does not automatically imply that any agency can make UID/Aadhaar compulsory disregarding the Supreme Court's orders.

In a related case, the Supreme Court, in SLP (CRL) 2524/2014 Unique Identification Authority of India (UIDAI) vs Central Bureau of Investigation (CBI), passed an order dated March 24, 2014, which reads as follows: "No person shall be deprived of any service for want of Aadhaar number in case he/she is otherwise eligible/entitled. All the authorities are directed to modify their forms/circulars/likes so as to not compulsorily require the Aadhaar number in order to meet the requirement of the interim order passed by this Court forthwith."

Thus, it is eminently clear that even after the notification of coming into force of Aadhaar Act 2016, it cannot be made compulsory given the fact the Supreme Court reiterated its order on September 14, 2016, subsequent to the notification in the Gazette of India on September 12, 2016. The order dated October 15, 2015, states: "We impress upon the Union of India that it shall strictly follow all the earlier orders passed by this Court commencing from 23.09.2013. We will also make it clear that the Aadhaar Card Scheme is purely voluntary and it cannot be made mandatory till the matter is finally decided by this Court one way or the other."

This makes it abundantly clear that the categorical order of the Court in UIDAI vs CBI case is mandatory. The UID/Aadhaar-related matter is listed for hearing on March 27, 2017, by an appropriate Bench.

There is clear indication that the government is stepping beyond the mandate of the Aadhaar Act 2016. Although the Act does not have any provision of seeding of UID/Aadhaar with other schemes, the government is acting in contempt of Parliament.

It is apparent that the JAM Trinity-Jan Dhan Yojana, Aadhaar and Mobile numbers-may well be a fish bait to trap unsuspecting citizens into the world's biggest transnational biometric database to turn them into subjects under surveillance forever in the name of a set of welfare and anti-poverty policies.

Linking of biometric UID/Aadhaar number to all public services is designed to cause civil death. Civil death is the loss of all or almost all civil rights by a person, caused by the government of a country. The declaration of a person as an outlaw has been a common form of civil death. Now it is apparent that the denial of rights in the absence of UID/Aadhaar is an act of coercion wherein people are being compelled to share their personal, sensitive biological information; else they will face civil death.

As to concerns regarding violation of fundamental right to privacy, on UID/Aadhaar number, the Central Government's Draft Paper on Privacy Bill states, "Data privacy and the need to protect personal information is almost never a concern when data is stored in a decentralised manner. Data that is maintained in silos is largely useless outside that silo and consequently has a low likelihood of causing any damage. However, all this is likely to change with the implementation of the UID Project. One of the inevitable consequences of the UID Project will be that the UID Number will unify multiple databases. As more and more agencies of the government sign on to the UID Project, the UID Number will become the common thread that links all those databases together. Over time, private enterprise could also adopt the UID Number as an identifier for the purposes of the delivery of their services or even for enrolment as a customer."

It is quite revealing that the Draft Paper on Privacy Bill asserts: "Once this happens, the separation of data that currently exists between multiple databases will vanish." This poses a threat to the identity of citizens and the idea of residents of the state as private persons will be forever abandoned.

The crucial issue of fundamental right to privacy is linked with the issue of denial of constitutionally guaranteed natural rights of citizens in the absence of biometric profiling based UID/Aadhaar. This approach of the government implies that the right to have public services is now dependent on having biometric UID/Aadhaar number.

While the proponents of CIDR of UID/Aadhaar talked about those being quite sensitive to privacy concerns and referred to the Privacy Bill (which was under circulation in 2010) that should have preceded initiatives like UID/Aadhaar or the very purpose of the proposed legislation will be defeated, they are now openly dismissive about it.

After compromising the privacy and data security of more than 100 crore Indians residents, the Central Government has come out with a five-page long Draft Information Technology (Security of Prepaid Payment Instruments) Rules 2017 on March 8 which mentions "Aadhaar numbers, biometric attributes or any other data", "cyber security breach" and "privacy policy".

Biometrics "means the technologies that measure and analyse human body characteristics, such as 'fingerprints', 'eye retinas and irises', 'voice patterns', 'facial patterns', 'hand measurements' and 'DNA' for authentication purposes" as per the Information Technology (Reasonable security practices and procedures and sensitive personal data or information) Rules 2011, under section 87, read with section 43A of the Information Technology Act 2000. The minutes of the Approach Paper for legislation on Privacy, communicated by the Department of Personnel and Training, defined 'Personal Sensitive Data' as what includes biometric data and genetic information.

The creation of CIDR is an act of political record-keeping, using the human body as data. The UID/Aadhaar for CIDR can always act as a "unique personal identifier". This identifier to everyday surveillance is like the discovery of longitude to navigation. The fixation with identification, based on the biological attributes of an individual provided under the Aadhaar Act, has unprecedented political implications.

An article titled "Defense Department Under Pressure to Share Biometric Data", published in the US-based National Defense Magazine, underline that concerns regarding violation of fundamental right to privacy are linked to deeper strategic implications of biometric surveillance as a political and economic operator.

West Bengal Chief Minister Mamata Banerjee has aptly noted, "In the name of Aadhaar, privacy is being lost and there is extortion. Why is this Govt so negative? As a nation, we must condemn this." Left Parties, too, officially communicated that involvement of questionable foreign agencies in UID/Aadhaar is compromising national security. Of course, not all agencies are acting unwisely. The Election Commission of India and the unanimous resolution of the West Bengal Assembly have sought compliance with the Supreme Court's order in letter and spirit.

The author is a member of Citizens Forum for Civil Liberties. He is a public policy and law researcher, and editor of www.toxicswatch.org

Cabinet approves GST, e-commerce cos to pay up to 1% tax