Mistry said housing and real estate sector is the biggest employer in the economy after agriculture, and that 80 per cent of the workforce in the sector require minimal skills 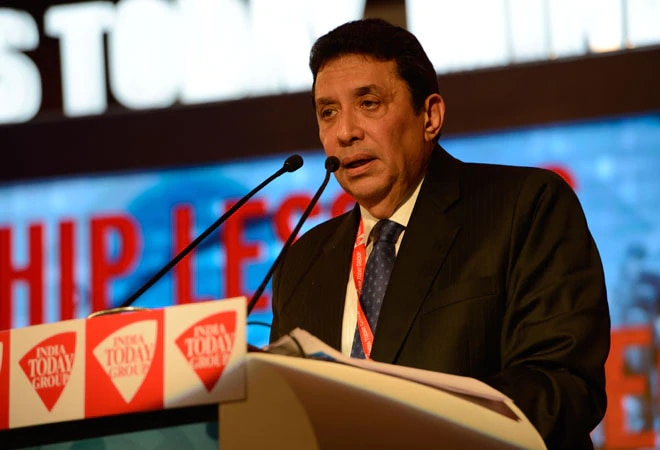 Mortgage lender HDFC Ltd's CEO Keki Mistry on Saturday said the "worst is behind us" and the economic recovery has been faster than expected. Stating that the December quarter growth could outperform the expansion logged in the corresponding quarter a year ago, Mistry said that the Indian economy has shown its resiliency.

Benign interest rate regime will continue going forward and that rates will go up only after economic activity gathers more pace and inflation pressure rises, Mistry, vice chairman and CEO, HDFC Ltd, said at an online dialogue organised by the All India Management Association (AIMA). He, however, said that interest rates have bottomed out.

The government should identify the job creating sectors and address their issues on priority, AIMA said in a release quoting him. Mistry said housing and real estate sector is the biggest employer in the economy after agriculture, and that 80 per cent of the workforce in the sector require minimal skills.

He also sought priority support for the manufacturing sectors. Talking about the repayment issues in the housing and the real estate sector, Mistry said that he expected non-performing loans to be in single digits.

The veteran financial sector player also said that most of the job losses during COVID-19 were confined to low-income workers and the job losses for the kind of people who borrow money were not alarming. The non-performing individual loans could be in the range of 2.5-4 per cent, which is also the extent of loans that the RBI has allowed to restructure, Mistry added.

On the economic condition, Mistry said the Indian economy had proved to be resilient. "The worst is behind us and the recovery has been faster than expected. By the end of December, the economy would be at the pre-COVID levels for most sectors. The December quarter growth could be better than the growth in the December quarter last year," he said.

However, Mistry qualified his optimism saying that a lot depended on whether another virus wave hits in the winter. Still, he said, the government was aware that India could not afford another lockdown. Job creation and leaving money in the hands of the people should be the top two priorities of the government, Mistry said.

Consumption being 60 per cent of the Indian economy, the recovery and growth efforts have to be led by boosting consumption, he said. "The cost of lowering taxes would not be too high whereas the benefits from higher consumption would far outweigh the revenue loss to the government. While the corporate tax rates had gone down, the peak rate for individual tax rate had gone up from 35 per cent to 44 per cent," Mistry said.

Among others, Harsh Pati Singhania, President AIMA and Vice Chairman and Managing Director, JK Paper Ltd, said that interest rates could still be lowered a little to stimulate the economy. Singhania said there was a desperate need for creating demand.

"The government needs to be bold at this point of time. Economic theory is one thing, but we need things to happen on the ground right now," he said. Kirloskar Brothers Chairman and Managing Director Sanjay Kirloskar said the economy was slowing down even before COVID-19 and the September performance of many sectors was better than that in the same month last year, the release said.