Latest revised data from Employees' Provident Fund Organisation (EPFO) for April suggests official employment in the country was worst hit in recorded history during the month of April when the country was in complete lockdown.

In April this year, according to updated data released by the retirement fund body, 61,807 EPFO members exited the scheme. The update is in contrast to EPFO's June release when it claimed 1.33 lakh jobs were created in April. 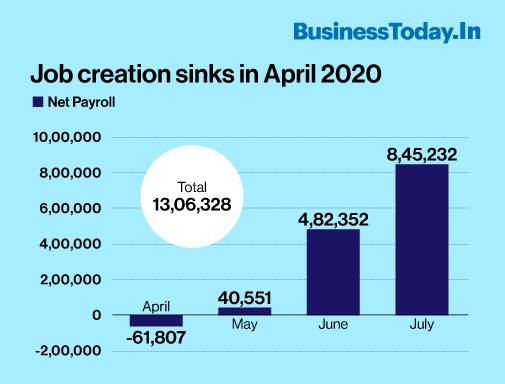 But the revised data (EPFO revises its data for previous months with every release) shows jobs weren't created during the month; instead there were massive job losses - this indicates a downward revision of 1.95 lakh jobs (1.33 lakh + 61,807). The numbers of April are the weakest numbers ever posted by EPFO since September 2017. 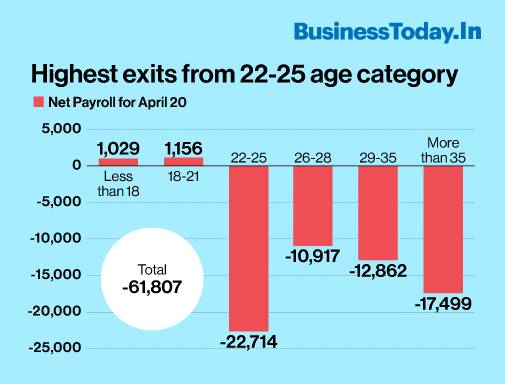 The jobs scenario is worse compared to last year due to the impact of COVID-19 lockdown on industries. Till July, 13.06 lakh jobs were created as against 21.2 lakh jobs created during the previous fiscal -- a fall of 38.4 per cent.

However, July saw some relief for job aspirants as data showed 8.45 lakh jobs were created during the month, signalling a pickup in hiring activity.

Formal jobs created in July are considerably higher than June's numbers which stood at 4.8 lakh, and exponential when compared to the numbers of May when only 40,551 net jobs were created. However, it's important to note these numbers will change in the next EPFO release. Typically, the numbers are revised downwards.

Average monthly job creation has also seen an uptick in the latest release as it has risen to 3.26 lakh from 2.82 lakh in the previous month. Despite the rise of 15.5%, it's still way short than the last two fiscals' average of 5.8 lakh jobs a month.

The EPFO has been releasing payroll data since April 2018, covering the period starting from September 2017. From September 2017 till July 2020, the number of net new subscribers was over 1.68 crore.