WPI inflation remained in the negative zone for a 16th straight month at (-)0.91 per cent in February as food articles, mainly vegetables and pulses turned cheaper. 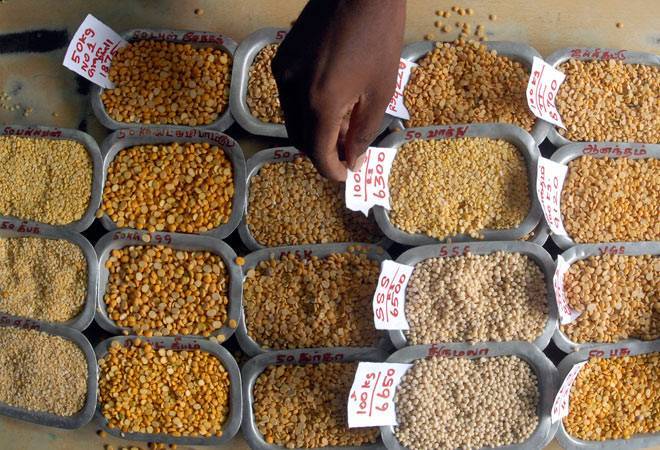 WPI inflation remained in the negative zone for a 16th straight month at (-)0.91 per cent in February as food articles, mainly vegetables and pulses turned cheaper.

The Wholesale Price Index-based inflation was (-)0.9 per cent in January. In February last year, it was (-)2.17 per cent.

This is the 16th straight month since November 2014 when deflationary pressure has persisted.

Food inflation stood at 3.35 per cent in February compared with 6.02 per cent in January, showed official data, which was released on Monday.

The inflation print in the fuel and power segment was (-)6.40 per cent and for manufactured products, it read (-)0.58 per cent in February.

The December WPI inflation has been revised to (-)1.06 per cent from the provisional estimate of (-)0.73 per cent.

Reserve Bank mainly looks at retail inflation data, which is expected later in the day while firming up monetary policy stance.

It also takes into account industrial production numbers, which as per latest reading fell for a third straight month, contracting 1.5 per cent in January due to poor showing of manufacturing.

Industry has raised its pitch for a rate cut as factory output numbers continue to disappoint and the government stuck to the fiscal consolidation path in the Budget 2016-17, giving more elbowroom to the apex bank to ease monetary policy at the first bimonthly policy review for the next fiscal on April 5.

All wilful defaulters to be brought to justice: Govt