As per the data relased by government on Thursday, wholesale inflation on food articles fell by 2.4 per cent last month. The index for non-food articles jumped by 1.4 per cent. 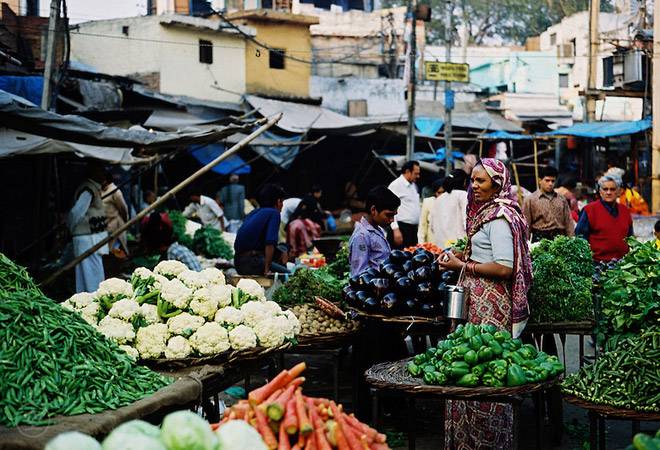 Wholesale Price Index-based inflation eased to 2.84 per cent during January 2018 to reach a six-month low. The dip in wholesale inflation was registered on account of lower food article prices, even as vegetable prices remained elevated last month.

As per the data relased by government on Thursday, wholesale inflation on food articles fell by 2.4 per cent last month. The index for non-food articles jumped by 1.4 per cent.

Inflation in vegetables eased a little with annual inflation at 40.77 per cent recorded last month as opposed to 56.46 per cent in December 2017. As per the wholesale price index data, onion prices witnessed a whopping increase of 193.89 per cent in January.

Pulses witnessed deflation at 30.43 per cent, and the same for wheat and cereals was 6.94 per cent and 1.98 per cent respectively. Prices of protein rich items eggs, meat and fish deflated by 0.37 per cent while that of fruits increased 8.49 per cent in January.

In the fuel and power segment, wholesale inflation rose to 4.08 per cent in January, while it was 2.78 per cent for manufactured items. Crude petroleum and natural gas group saw a increase of 0.3 per cent in wholesale price index on account of high crude oil prices. The prices of natural gas, however, declined by one per cent. WPI inflation for minerals group declined marginally by 0.3 per cent.

In its policy review last week, the RBI had kept key interest rate unchanged and estimated retail inflation to be 5.1 pc in the January-March quarter. For April-September, RBI projected inflation to be in the range of 5.1-5.6 per cent.

Meanwhile, inflation for November has been revised upwards to 4.02 per cent from the provisional estimate of 3.93 per cent released earlier.