There's no stopping Baba Ramdev. After the huge success of his FMCG company Patanjali, the yoga guru is now set to launch 'swadeshi' line of clothes for men, women and children. 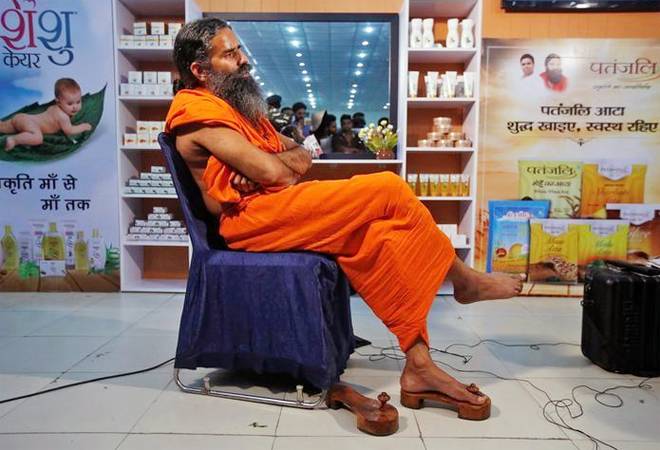 There's no stopping Baba Ramdev. After the huge success of his FMCG company Patanjali, the yoga guru is now set to launch 'swadeshi' line of clothes for men, women and children. Baba Ramdev's Patanjali Ayurved Ltd is likely to enter the branded apparels market by April next year, according to the Mint. Patanjali, which takes pride for being a homegrown brand, could be banking on the same formula for its  clothing line. Patanjali has also set an ambitious sales target at Rs 5,000 crore for the first year. The clothes will provide value for money, according to the yoga guru's spokesperson S.K. Tijarawala. The apparel brand will also sell jeans, among other clothes.

"Patanjali will have different products in each category-value-for-money clothes for the masses and apparel that would have the snob value meant for the classes. We'll start with woven clothes, knitwear and machine-made apparel, including denims," the Mint quoted Tijarawala as saying. Patanjali is yet to finalise a brand name for the clothing line. 'Paridhan' is one of the names that's being discussed. Tijarawala, however, said that there could be more than one apparel brand under Patanjali.

Patanjali will open 250 exclusive store in April 2018, but the clothes will also be available in Big Bazaar among other retail outlets managed by state-run Khadi and Village Industries Commission (KVIC). Patanjali's apparels are likely to have a strong reach as 15,000 such KVIC stores exists in the country.

Apparels is not the only industry Baba Ramdev has his eyes set on. The yoga guru is also reportedly planning to get into the Rs 40,000 crore private security market. According to a recent report, Patanjali has roped in retired Army and police officers to train recruits who will work as private security guards with Ramdev's Parakram Suraksha Private Limited. "The company's aim is to instill patriotic fervour among youngsters and create an ambiance conducive for physical and mental development of the trainees," it said.

Not just that, Patanjali Ayurved also plans to enter the restaurant business dominated by McDonald's, Kentucky Fried Chicken and Subway in India. The new venture will leverage the popularity of the Patanjali brand in the already crowded restaurant market. The turnover of Patanjali was Rs 10, 561 crore in the previous fiscal year and the company aims to double its turnover this year.