New RBI Governor Raghuram Rajan has something for everyone

In his first interaction with the media on taking charge, he stressed that the measures he had in mind would involve considerable change, and change was always risky. "But as India develops, not changing is even riskier," he added. 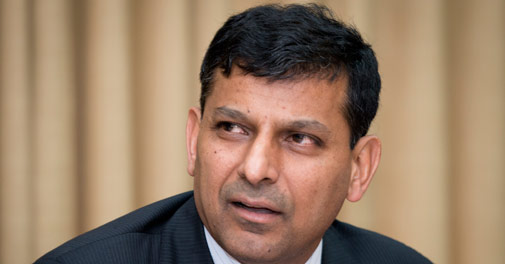 "This is part of my short term-time table for the Reserve Bank," said new Reserve Bank of India (RBI) Governor Raghuram Rajan after reading out a seven page long note. In his first interaction with the media on taking charge, he stressed that the measures he had in mind would involve considerable change, and change was always risky. "But as India develops, not changing is even riskier," he added.

There was something for everyone in Rajan's press statement, be they corporate houses, bankers, importers, exporters or individuals.

Rajan - at 50, the youngest governor the RBI has ever had - spoke his mind on many issues confronting the RBI. Often the expressions he used differed from those usually heard at RBI briefings. Instead of 'price stability', he preferred the term 'monetary stability'; instead of simply saying 'growth', he spoke of 'inclusive growth and development'.

He said the primary responsibility of any central bank was to maintain monetary stability - sustain confidence in the value of the nation's currency. "Ultimately this means low and stable expectations of inflation," he said.

"We need faster, broad-based, inclusive growth leading to a rapid fall in poverty," Rajan added, while discussing the importance of small  and medium enterprises  and the rural areas as engines of growth.

He said he had decided to give complete freedom to strong, well run domestic banks in the matter of running their branches.

Rajan was also all for more banks in the country. He added that he was setting up an external committee under the chairmanship of former RBI Governor Bimal Jalan to screen the new banking aspirants. "We will not stop with these licences," he said. He hinted at the possibility of different kinds of licences for small banks and wholesale banks, the likelihood of banking licences on tap for those who satisfied laid down criteria, and also of converting large urban co-operative banks  into commercial banks.

He used tough language while talking about rogue borrowers. "Promoters do not have a divine right to stay in charge regardless of how badly they manage an enterprise," he said. "Nor do they have the right to use the banking system to recapitalize their failed ventures."

Rajan also hinted at reducing the statutory liquidity ratio requirement under which banks have to compulsorily invest a part of their deposits in government securities. "Reduction cannot be done overnight, but as government finances improve, the scope for such reduction will increase," he said.

On the requirement of compulsory lending to the priority sector, Rajan said it was useful to nudge banks towards areas they would otherwise not venture into. "That priority sector mandate should adjust to the needs of the economy, and should be executed in the most efficient way possible," he said.

Discussing the rupee and currency issues, Rajan said he had already allowed exporters to rebook their cancelled forward contract from  25 per cent of the value earlier to 50 per cent.  In order to develop the money and G-Sec markets, he had decided to introduce cash settled 10-year interest rate future contracts. He has also allowed banks mobilising FCNR (B) deposits with rupees.

On the retail side , Rajan  emphasized  the need to use  the unique ID  Aadhaar in building individual credit histories." This will be the foundation of a revolution in retail credit," he said.

Finally, Rajan announced specific measures to help individuals and households. Inflation indexed bonds linked to the CPI  will be available to retail investors as well by November this year.  He will also be implementing a national bill payment system so that households are able to use bank accounts to pay school fees , medical bills etc.

On a parting  note , Rajan said  the governorship of the central Bank was not meant to win votes  or Facebook likes." Some of the actions I take will not be popular," he said.

Nokia in kitty, Microsoft can now take on Google, Apple