A fortnight ago, SBI, India's biggest bank in terms of profits, assets, deposits, branches and employees, launched its own channel on the YouTube offering information on its products. It also has a Facebook page with similar information. 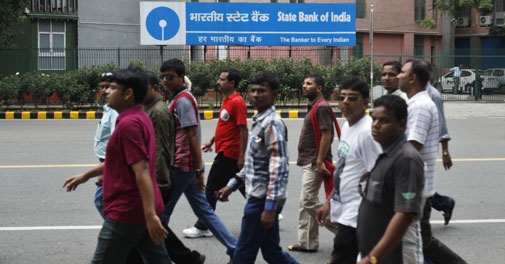 Anand Adhikari
State Bank of India, the country's largest bank, is exploring YouTube and Facebook to reach out to young customers, who frequent social media sites.

A fortnight ago, SBI, India's biggest bank in terms of profits, assets, deposits, branches and employees, launched its own channel on the YouTube offering information on its products. It also has a Facebook page with similar information.

But the bank is being very careful now, given its disastrous Twitter debut some time back.

"We are new to social media. We are learning along the way," says a top official of the bank.

The foray into 'Twitter' with the hashtag 'sbiconnext' intended to provide updated information on bank's products and services, but promptly sparked off a deluge of embarrassing complaints from customers.

"We were not able to handle the kind of queries that were put up on a daily basis," says the official. The bank had launched the twitter account without anticipating the complaints. "You need quick back-up support as people tweeting don't have patience. It also leads to bad publicity," the official adds.

"We will soon be back on twitter ," the official says.

"The 'likes' on a page are a measure of people visiting and liking the website. SBI is seriously considering adding new features to connect with customers visiting its page," says the official.

Six months ago ICICI Bank launched 'pocket by ICICI Bank' - an application that allows customers to carry out some select banking transactions through the Facebook page itself. Customers can see their savings account details, recharge their prepaid mobile phones and also buy movie tickets.

There are an estimated 80 million users of Facebook across India and 40 per cent of them are below 30. After shifting gradually from a corporate bank to a retail bank, SBI is now slowly strategizing to play a bigger role on the social media to link up with its customers.