Sterling has an inventory of 1,512 rooms spread across 19 locations in the country, which it sells to both members and non-members in a 50:50 ratio. It is banking on Thomas Cook to give a major push to its non-member sales. 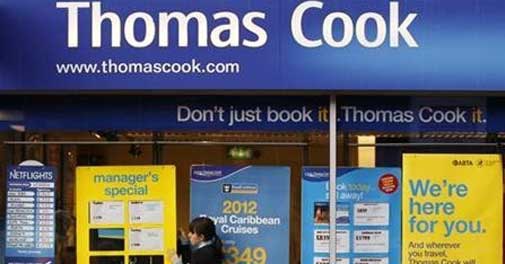 The deal, announced on Saturday, and likely to be completed by the end of this financial year, values both Thomas Cook India and the combined entity at Rs 3000 crore. It values Sterling separately at about Rs 870 crore.

In the first phase of the merger, Thomas Cook will acquire 23 per cent of Sterling from its existing shareholders who include some members of its management team such as Siddharth Mehta (Chairman of Sterling) and well known investor Rakesh Jhunjunwala for a payment of Rs 176 crore. Thomas Cook will make a preferential allotment for Rs 187 crore and then make a mandatory open offer for Rs 230 crore. Each shareholder who holds 100 Sterling shares will get 120 shares of Thomas Cook India with a share swap ratio of 120:100.

The announcement comes within a year of Thomas Cook India acquiring a 74 per cent stake in Ikya, a Bangalore based human solutions firm for Rs 256 crore.

Sterling, which was founded in 1987 as a timeshare holiday provider, has seen a lot of ups and down in its business cycle. It has been hit by the seasonality of the business and also the economic downturn.

In 2011 with the return of its current Managing Director Ramesh Ramanathan (after a stint with rival Mahindra Holidays) Sterling showed signs of a turnaround. Ramanathan will continue to run the company with an independent board after the merger.

Sterling showed a 16 per cent increase in income from resort operations to Rs 14.4 crore in the quarter ended December from Rs 12.5 crore in the same period last year. It also grew its income from sale of vacation ownership by 44 per cent to Rs 23.9 crore from Rs 16.8 crore as compared to the corresponding quarter last year. Its operating income too went up by 32 per cent in the December quarter. Ramanathan said it was growing at about 15 per cent currently.

The companies were not willing to share details of the branding strategy, but Ramanathan said the Thomas Cook brand would definitely be leveraged.

"There are a whole lot of areas where huge synergy benefits exist for both the companies and we look to grow aggressively in the market," Ramanathan told Business Today after announcing the deal with Thomas Cook in Mumbai.

"It is a combined customer base of over a million people that we are looking at with both these companies coming together," he added.

Sterling has an inventory of 1,512 rooms spread across 19 locations in the country, which it sells to both members and non-members in a 50:50 ratio. It is banking on Thomas Cook to give a major push to its non-member sales.

Thomas Cook's Managing Director Madhavan Menon said the deal with Sterling would help both companies move business away from seasonality to a full year mode.

"With Sterling we are looking at providing an end to end travel solution to customers including the foreign exchange and there are a lot of opportunities both at the front end and back end that need to be worked out after the deal is completed," Menon said.

The deal according to Thomas Cook management was in the works for about a month and a half. Owner Canadian value investor Prem Watsa also visited India during this period and probably put a final seal of approval  to the merger during the visit.