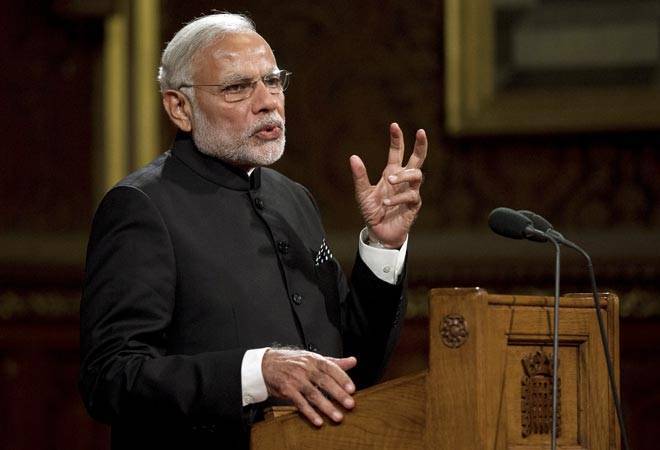 Strong words. But it's a sampling of the kind of reservations some of the leading industry bodies, business groups and trade bodies in the US have about India. The text above is part of a letter that some 17 industry and business-related entities in the US have written to US President Barack Obama ahead of Prime Minister Narendra Modi's visit to the United States, starting June 6th. They urged the US president "to use this visit to engage with the Prime Minister to advance both discussions and concrete action to produce a stronger and more-promising U.S.-India commercial relationship".

Without mincing words, the letter says: "Prime Minister Modi finishes the second year of his leadership, however, we are concerned that the high hopes and positive rhetoric that accompanied the beginning of his tenure have yet to be translated into concrete measures to improve the business environment for U.S. workers and companies operating in and exporting to India." The letter has been written on behalf of leading bodies like Association of Equipment Manufacturers; American Foundry Society (AFS); Biotechnology Innovation Organization (BIO); Motion Picture Association of America (MPAA); National Association of Manufacturers (NAM); and the Pharmaceutical Research and Manufacturers of America (PhRMA) among others.

So, what are the big concerns and what is it that the US pharma industry in particular, would like India to do? One issue is unhappiness with India's new IPR policy, which they want Obama to take up with Modi so that India makes changes in the policy. Very broadly, to the US industry "concrete measures", as conversations on the subject of Indian IPR have revealed over the years, translates to measures like scrapping of the section 3(D) of the Indian Patent Act and clarifying that compulsory licensing will not be used for affordability argument, which, going by the Indian stand so far, are non-negotiable. In fact, the new IPR policy, which was out after nearly one year of deliberations, does not make changes on this.

For many in the US industry, over the years, the key pain points have been the section 3(d) and Section 84 of the Indian Patents Act, and absence of a period of exclusive marketing rights when a new drug gets regulatory approval. Under Section 3(d), new forms of existing medicines cannot be patented unless they improve therapeutic efficacy. It was under this provision that India rejected a patent for Glivec. Section 84 allows issuing a compulsory licence to meet the reasonable requirements of the public at a reasonably affordable price. A compulsory licence can also be granted under Section 92 of the Act in case of a national emergency. Natco Pharma got a compulsory licence, the first ever in India, for generic Nexavar under Section 84. Many multinational companies feel Section 84 narrows the criteria for patentability and undermines incentives for innovation.

India has maintained that Section 84 aims to ensure that a larger section of its 1.2 billion population gets affordable health care.

In this letter to Obama, dated May 23rd, however the industry has listed out a range of concerns over India's policies, and says: "Among other things, it continues to allow sectoral regulations to trump the Copyright Act. Persistent issues, such as forced localisation policies in the information technology, energy, and other sectors; excessively high tariffs in a range of sectors; tariff increases that appear to violate the Information Technology Agreement; longstanding challenges on intellectual property; lack of predictability in enforcing the rule of law; barriers to investment, including proposed bans on further foreign direct investment in certain sectors and other related barriers to FDI, such as ex ante vertical integration restrictions in the broadcasting sector; and bureaucratic action that interferes with private sector contractual arrangements continue to hinder company operations and ensure that India remains a challenging place for U.S. companies to do business. Prime Minister Modi's visit presents an opportunity to discuss and resolve many of these important commercial matters that are limiting India's own trade engagement and growth."

On IPR and pharma, where some of the key industry concerns are expressed, what are the options for Prime Minister Modi and what is it that the Indian industry is expecting. While this will need to be seen and much depends on whom the Prime Minister is meeting in the US, broadly the expectation is that the prime minister may reassure the US industry that compulsory licenses will not be given to all and sundry and given only in deserving cases (in a sense, the current policy would continue) . That apart, he may promise to speed up patent grant referring to the provisions in the new IPR policy on fast track for patent grant in certain cases as part of efforts to promote 'Make in India' .

Asked to react on what was expected from the prime minister's visit in the light of the pressures in the US to make India yield some ground in its IPR policy, D G Shah, Secretary-General of the Indian Pharmaceutical Alliance says: "We need to see how the prime minister and the Indian government will respond to this, though I do not think there will be any change. The pharma industry, I do not think, is expecting any surprises."

'Rajan does not want second term as RBI chief'

BSE gets RBI nod for online bidding platform for SGBs