Finance Minister Arun Jaitley also asserted that there existed no differences between the government and the Reserve Bank of India. 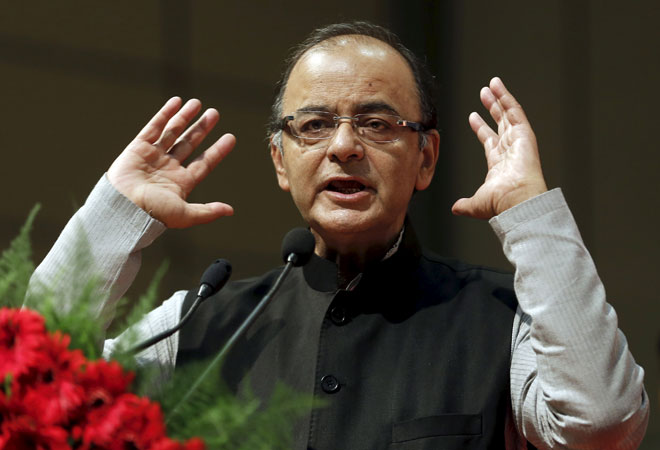 Finance Minister Arun Jaitley on Tuesday said he wanted interest rates to be "a lot lower", while asserting that there existed no differences between the government and the Reserve Bank of India (RBI).

Jaitley made the statement despite two policy rate cuts by the central bank so far in 2015.

"My position very clearly is not very different with that of the Reserve Bank. We need to manage inflation along with growth. Now we cannot afford to have inflation go up radically so the RBI is a little conservative and they try and manage the inflation so they are a little careful in lowering the interest rates," he said.

"I want the interest rates to be lower a lot more, but they (RBI) balance inflation with growth," the Finance Minister told NDTV.

RBI Governor Raghuram Rajan had cut the repo rate - the interest rate at which the RBI lends to banks - by 0.25 per cent each in January and March outside scheduled monetary policy reviews. He, however, kept the rates unchanged in the first bi-monthly monetary policy of the current financial year on April 7.

Jaitley said "there is nothing wrong" in two institutions - government and RBI - having conflicting opinions.

"Reserve Bank in India has done a great job... Now the different opinions are there in some areas (on) how monetary policy is decided. Is there a committee? What is the level of consultation with the government?," the Finance Minister said.

Jaitley said he was not "unhappy" with the RBI and pointed to Prime Minister Narendra Modi praising Rajan at the central bank's 80 anniversary function in Mumbai earlier in April.

Referring to public debt management, he said except for Russia, China and few countries, it has been entirely shifted to the government from the central bank.

Even the Raghuram Rajan Committee had earlier said that there was a conflict of interest in RBI managing the government debt, he noted.

"Now this is not an issue of any personal disagreement... These are issues on which institutional structures have to evolve. Should they be surgically cut out? Or should evolve over a period of time?

Now I have been having a lot of meetings and discussions with the RBI Governor. Officers are having it... Wait for few days when the Finance Bill comes up for discussion you will find that there are not too many grey areas in this," the Finance Minister said.

Jaitley added however that experts have conflicting view points but "certainly there is no difference in terms of personality issues and even this is strength of democracy".

In his Budget speech, Jaitley had proposed establishment of an independent public debt management office. Government debt is currently managed by the RBI.

Nokia is considering sale of its maps business