However, even before the scheme is launched on September 25, the birthday of Bharatiya Jana Sangh founder Deen Dayal Upadhyay, a number of fake websites have come up with the aim of cheating prospective beneficiaries. 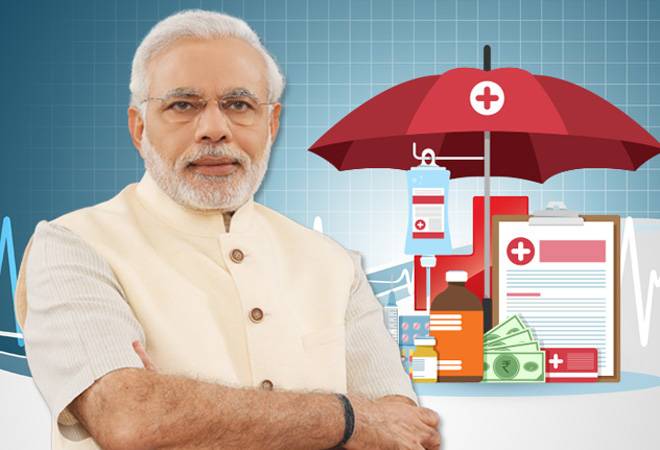 Prime Minister Narendra Modi in his address to the nation from the ramparts of Red Fort announced his ambitious Ayushman Bharat scheme that aims to provide health insurance to all. However, even before the scheme is launched on September 25, the birthday of Bharatiya Jana Sangh founder Deen Dayal Upadhyay, a number of fake websites have come up with the aim of cheating prospective beneficiaries.

Social media is abuzz with messages propagating these fake websites whose aim is to lure people by offering attractive scheme and cash in on their money. These websites are lookalikes of the official website of the Ayushman Bharat scheme.

They also prominently display photographs of PM Narendra Modi and finance minister Arun Jaitley. Messages asking people to avail the benefits of this scheme are doing the rounds on WhatsApp. People are being told that they can avail the benefits of the scheme by paying premiums of Rs 1,000-Rs 2,000. Besides this, people are being asked to spread this information among the poor people residing in their areas and encourage them to avail the scheme using these websites.

The government has now issued messages asking people to be cautious. Taking cognizance of the matter, Ayushman Bharat CEO, Indu Bhushan has appealed to the people to be cautious against these websites even as they are planning police action. "The scheme envisioned by the government is completely cashless and the beneficiaries do not have to pay any premium. Besides this, no registration is required for it," Bhushan said.

To start with, the government has identified the poorest-of-thepoor households for this scheme. At present, 28 states have given their nod to this scheme that is expected to benefit nearly 10.74 crore poor households. Under the scheme, every family will be entitled to Rs 5 crore of medical insurance.

Bhushan has clarified that there is only one government helpline number for this scheme (1455). "Once the scheme has been launched, letters will be sent to the beneficiaries informing them about the scheme. People can also know about the scheme from their local government hospitals."Ahead of the 2019 Lok Sabha election, Ayushman Bharat is being seen as a major effort by the Modi government to reach out to the common people. India Today TV