The oil ministry's decision to advance the roll out of BS-VI fuel from April 2018 instead of April 2020 might help in reducing pollution in Delhi and the NCR but it would certainly add to the woes of auto companies to be fully compliant in over the next four months. 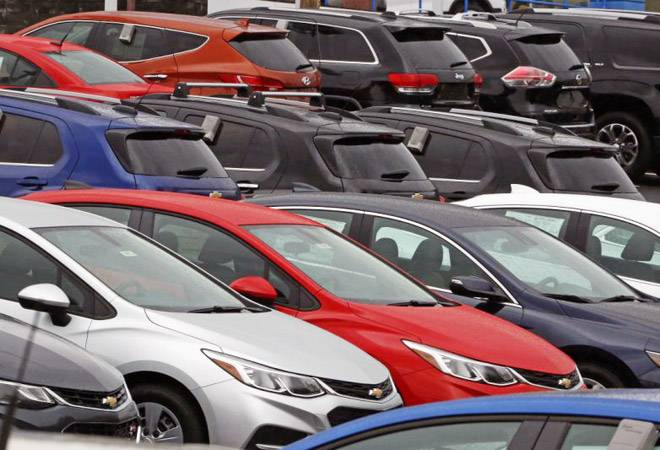 The oil ministry's decision to advance the roll out of BS-VI fuel from April 2018 instead of April 2020 might help in reducing pollution in Delhi and the NCR but it would certainly add to the woes of auto companies to be fully compliant in over the next four months. The decision to roll out BS-VI instead of BS-V after BS-IV emission norms has been taken to meet global standards on carbon emission. For this, the auto companies have been told to be ready with BS-VI compliant vehicles. Oil refineries have invested around Rs 30,000 so far to introduce Bharat Stage VI compliant fuel by April 2018.

"We have been given a roadmap by the ministry of road transport for implementation of BS-VI norms by April 2020 and we are working on the basis of that timeline. It is not possible for the industry to advance that date at this stage," Society of Indian Automobile Manufacturers (SIAM) Director General Vishnu Mathur said. Highlighting a potential problem with the launching of BS-VI vehicles only for Delhi, Mahindra & Mahindra Managing Director Pawan Goekna said, "It is also not feasible as the fuel will not be available outside the Capital and BS-VI vehicles cannot run on BS-IV fuel".

After the roll out of BS-VI fuel, the prices of small cars, sports utility vehicles (SUVs), trucks, and buses could increase sharply. The decision would pose a major challenge for auto companies and parts makers to be ready in time. The companies would need to upgrade their engine technology, which would require huge investments. The Indian Express quoted Petroleum Minister Dharmendra Pradhan saying while the "nation wide implementation of BS-VI fuel would take time, Delhi is likely to be the first city to get BS-VI fuel". The ministry took the decision after talks with oil marketing companies, and taking into consideration the recent spike in pollution level in Delhi and adjoining areas.

This is not the first time the Delhi-NCR region has witnessed a thick layer of smog. Last year, the city witnessed six days of heavy smog and schools had to be shut down. Experts say it's very important to make fundamental changes - besides finding a permanent solution to the stubble burning problem in adjoining states of Haryana and Punjab - in the policy for the auto industry, which is one of the major causes of pollution.

The government had provided five barrels of BS-VI compliant diesel to auto majors Honda Cars India and Mahindra & Mahindra in November 2016 for its test for BS-VI emission norms compliance. "Migration to BS-IV grade fuels shows India's resolve to cut down emissions. As a next step in this direction, the government in consultation with stakeholders has decided to meet international best practices by leapfrogging directly from BS-IV to BS-VI grade by April 1, 2020, skipping BS-V altogether," a ministry statement said.

Carmakers said there has to be a holistic approach to combat pollution in the national Capital and focus must also be on phasing out old vehicles. When asked if companies could launch BS VI vehicles by 2018, Goenka, who is also the past-president of SIAM said it was unlikely that automobile manufacturers would be able to do it so soon.

"I don't foresee any mainline player with multiple models being able to launch complete portfolio of BS VI compliant vehicles by April 2018," he said, adding "we at Mahindra are working on all our ongoing projects with the April 2020 deadline in mind."

Calling for a holistic approach to address the pollution issue, Mathur said, "Leaving aside other sources of pollution, if we are looking at addressing vehicular pollution then old vehicles above 10-15 years depending on the type of fuel used need to be phased out.

Yoichiro Ueno, President & CEO, Honda Cars India, had said in January that Honda was committed to meet the challenges of achieving BS VI emission norms in the country by 2020, and that the company was first automobile company in India to begin the BS VI real drive testing. Besides, Indian Oil Corporation (IOC) opened new testing facility in July this year. In 2016, the government had announced the country would skip the BS-V norms altogether and adopt BS-VI norms by 2020. Bharat Stage IV emission norms were enforced in the entire country in April 2017. Fuel quality plays a very important role in meeting the stringent emission regulation. The proposed BS-VI fuel limits the amount of sulphur to 10ppm from 50ppm in BS-IV. In 2015 India had pledged to cut the intensity of its carbon emissions by 33-35 per cent and boost the renewable energy capacity to 40 per cent by 2030 in the target submitted to the United Nations Framework Convention (UNFCCC) on Climate Change for a global climate pact.

All is well in Infosys; Nandan Nilekani can name next CEO without any advice, says Narayana Murthy