Attorney General Goolam E Vahanvati told a three-judge Supreme Court bench that the central government "took decision in good faith but something turned out to be wrong." Vahanvati also said that the government would next week make its stand clear on deallocation of some blocks. 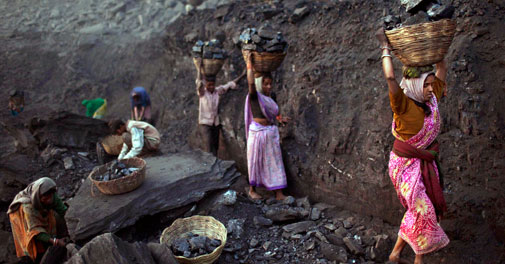 The Centre has admitted before the Supreme Court that something went wrong with the coal blocks allocation and that it could have been done in a more refined manner.

"We took decision in good faith but something turned out to be wrong," Attorney General Goolam E Vahanvati on Thursday told a three-judge bench headed by Justice R M Lodha. "In hindsight, we can say something has gone wrong and some correction is required to be done," he said, virtually accepting that mistakes were committed by the government in coal blocks allocation.

At the outset of the day's hearing, the bench asked the AG about the Centre's stand on deallocation of certain coal blocks. In response, Vahanvati submitted the government would next week make its stand clear on the issue.

The AG had in September 2013 submitted that coal blocks allocation was merely a letter of intent and does not confer any right to the companies over the natural resource which is decided by the state government. He had contended that decision of coal blocks allocation to companies is only the first stage and firms get rights over coal only when they start mining for which they have to take various clearances.

The mining states of Madhya Pradesh, Andhra Pradesh, Odisha, Jharkhand, Maharashtra, Chhattisgarh and West Bengal, however, had earlier told the apex court that coal blocks allocation was entirely controlled and regulated by the Centre and they only played a minimal role in the whole exercise.

The court is scrutinising coal blocks allocation since 1993 on three PILs seeking cancellation of blocks on the ground that rules were flouted in giving away the natural resource and that certain companies were favoured in the process.

Cabinet to consider proposal on FDI in railways