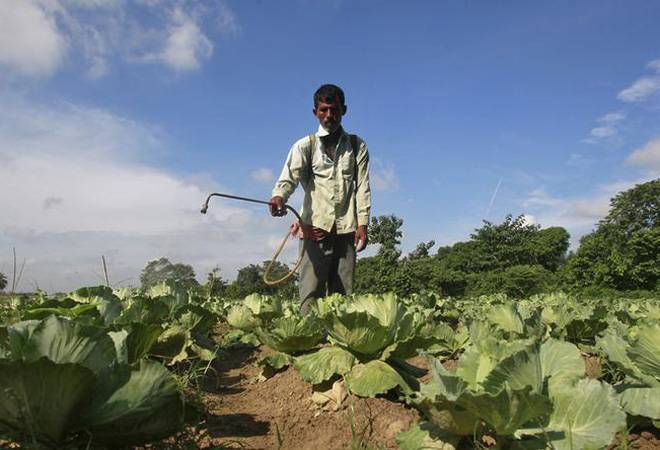 The central government should link grants and allocations made by the Finance Commission to states with reforms in the agriculture sector, said Maharashtra Chief Minister Devendra Fadnavis.

A proposal to this effect was discussed at the first meeting of a 'High-Powered Committee of Chief Ministers for Transformation of Indian Agriculture' on Thursday.

Briefing the reporters about the meeting, Fadnavis, who is also the convenor of the high-powered committee, said there should be greater coordination between the ministries of agriculture and commerce, as the former deals with production, while the latter with marketing.

"Grants of the central government and fund allocation of the Finance Commission should be linked with the agriculture reforms undertaken in states," he said while adding that it is essential to ensure simultaneous reforms in states.

Fadnavis further said unless all states come on board, the country will not witness major transformation in the agriculture sector.

Among other things, some committee members also questioned the utility of the Essential Commodity Act (ECA), 1955, in the food sector.

"Chief Minister of Madhya Pradesh Kamal Nath was in favour of scrapping the Essential Commodity Act (ECA), 1955," he said.

Fadnavis said that though the credit disbursal for the farm sector may exceed Rs 13 lakh crore in 2019-20, the agricultural investment credit is still too low.

The Maharashtra chief minister further added that the terms of reference (ToR) of the committee also includes making sure that more farmers in the states get institutional loans.

"Targeting of subsidies for maximising benefits is also ToR of the committee," he said.

The committee also pitched for promoting contract farming in states.

It also discussed ways to promote the food processing industry.

"There is a need for boosting private investment in the agriculture sector and promoting contract farming," he said.

The high-powered committee also discussed measures for transformation of agriculture and raising farmers' income, Fadnavis said adding that they took stock of the modalities for adoption and time-bound implementation by the states and union territories.

"Measures like market access to farmers, e-NAM, the need for a dynamic electronic platform, proper distribution of subsidies were discussed at length at the meeting," he said.

Fadnavis said the committee has finalised ToR, and states have been asked to give their feedback by August 7.

The next meeting of the committee will be on August 16.

Gujarat Chief Minister Vijay Rupani made a point of doubling the income of farmers and suggested to make changes in the market system to attain the same.

He said the criteria to calculate a farmer's income should be based on his profit and by changing the role of markets, benefiting farmers would be easier.

Super-rich tax on FPIs: FM rules out any adverse impact on investor confidence