Earlier in the week, Nandan Nilekani had appreciated the Prime Minister's demonetisation move and said that it would see a massive activation of digitisation of financial services in the country. 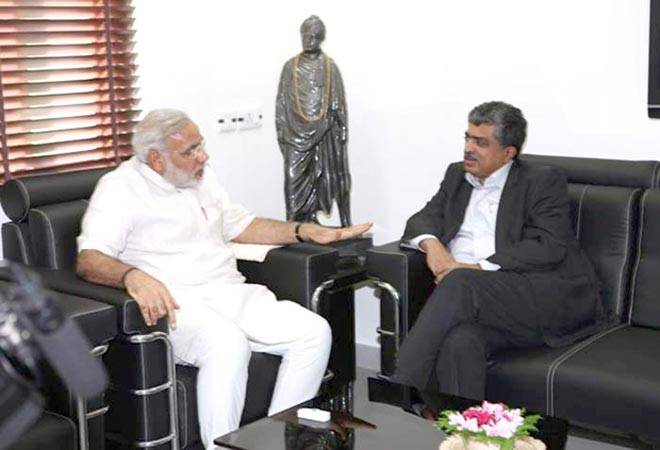 "Nilekani and his 13-person committee are meeting to work out how to get more Indians to adopt digital payments, via everything from their own smartphones to point-of-sale machines in local villages," Bloomberg reported on Thursday.

The report further stated that while the nation had already rolled out its United Payments Interface, with hundreds of millions lacking phones or web access, a multi-pronged approach was needed to wean the nation of its dependence on cash.

"India has the underlying digital financial architecture in place to get this going. How quickly the government can reach everyone is a question of execution and speed," Nilekani was quoted as saying in the report.

Earlier in the week, Nilekani had also appreciated Prime Minister's demonetisation move and said that it would see a massive activation of digitisation of financial services in the country.

"... what would have taken another 3-6 years to get rolled out, I now believe because of the urgency of the matter, will happen in 3-6 months," Nilekani had said.

Here are all the major announcements since demonetisation