If things go according to plan, this will be the second large tender floated in under a year, which only underscores the growing clamour for vehicle electrification in India. 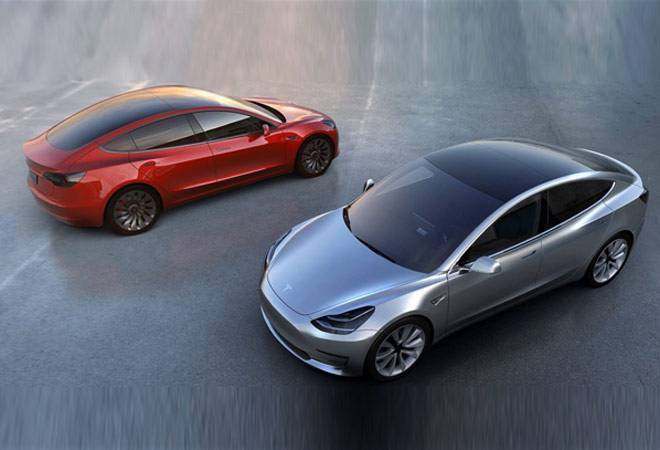 The government may have recently backtracked on formulating a policy of electric vehicles (EVS), but that hasn't deterred action on the ground - slowly but surely taking the country towards 100 per cent electric mobility. For instance, State-run Energy Efficiency Services Ltd (EESL) is reportedly planning to float a fresh global tender for 10,000 EVs around April this year for use by government bodies. If things go according to plan, this will be the second large tender floated in under a year, which only underscores the growing clamour for vehicle electrification in India.

"There is interest in our electric vehicle programme from virtually all parts of the country, and it's because we have been able to provide a value proposition like no other," Saurabh Kumar, managing director at EESL, told The Economic Times. This week, the company is set to sign a memorandum of understanding (MoU) with the Andhra Pradesh government to supply 10,000 EVs, which is where the new tender comes in. Gujarat, meanwhile, is eyeing 4,000-odd EVs and Maharashtra wants half that number.

A joint venture of four power PSUs - NTPC Limited, Power Finance Corporation Limited, Rural Electrification Corporation Limited and POWERGRID Corporation of India Limited - EESL in the past has disrupted the LED bulb industry by floating bulk tenders that led to an eight-fold decline in price of a 9-watt LED bulb in three years. It is now trying a similar trick in the case of EVs, an industry still in its infancy in India. The first tender floated last August, again for 10,000 vehicles, was won by Tata Motors. The latter's winning bid quoted Rs 11.2 lakh for the electric Tata Tigor, which was later matched by Mahindra & Mahindra for its e-Verito in the first phase of procuring 500 vehicles. Kumar is reportedly expecting a wider participation from companies in the second tender.

In an interview last November, Kumar had said that around 80 per cent of the cars uses by the government - numbering around 5 lakh - were for inter-city use, which made it practical for them to be replaced by electric cars. "So we are potentially, looking at a large market over the next 5 years," he said, adding, "In FY 18, we should have a profit of around Rs 80 crore."

The growth potential offered by EVs is certainly tremendous. In the last financial year, 3 million cars were sold, of which EVs constituted a miniscule 0.1 per cent. No wonder automobile manufacturers from Maruti Suzuki to Mercedes-Benz are pulling out all stops on their electrification plans, without waiting around for a road map from the government.

Fadnavis shifts focus to services from farms; aims to grow Maharashtra economy to $1 trillion by 2025