FinMin is planning to launch a revamped and retail investor-friendly CPSE ETF by October in which cash rich EPFO and NPS could park their money along with individual investors. 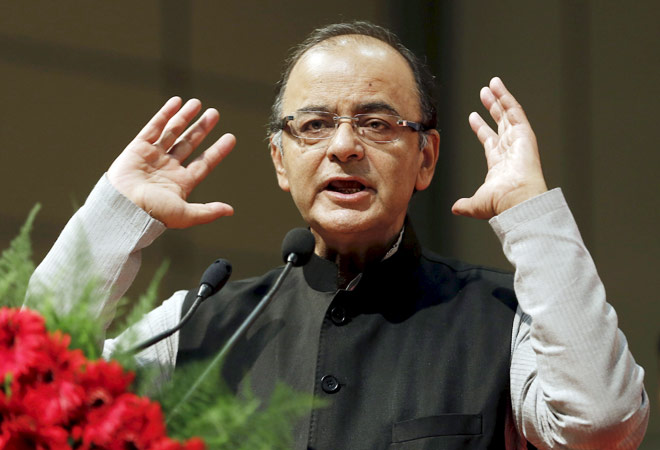 The Finance Ministry is planning to launch a revamped and retail investor-friendly CPSE Exchange Traded Fund (ETF) by October in which cash rich EPFO and NPS could park their money along with individual investors.

Another tranche of CPSE ETF would help the government inch towards its Rs 69,500 crore disinvestment target in the current fiscal. This includes Rs 41,000 crore from sale of minority stake and Rs 28,500 crore from strategic stake sale.

"We are looking at broadening the retail investor base. A new fund offer is likely before Diwali. The composition of the stocks in CPSE ETF would remain the same," a top government official told PTI.

The government had first launched a CPSE ETF, comprising scrips of 10 PSUs, in March 2014 under which retail investors have to invest a minimum of Rs 5,000 to buy units. It had raised Rs 3,000 crore through the ETF then.

The Disinvestment Department had last year appointed Goldman Sachs, which manages the existing ETF, to look into the possibility of revamping it by changing the unit size of the fund so that they become smaller encouraging retailers to participate more. The Cabinet had approved transferring of 3 per cent of the government holding in the 10 companies to ETF.

"So far we have transferred 1 per cent. We are looking at the modalities to take it up to 3 per cent," the official said.

An ETF is a security that tracks an index, a commodity or a basket of assets like an index fund, but trades like a stock on an exchange. The CPSE ETF would be a success as the EPFO and NPS funds would come in it and broaden retail investor holding, the official said.

The Employees' Provident Fund Organisation (EPFO) has decided to invest a portion of its funds in the CPSE ETF, the official said. EPFO has a corpus of about Rs 6.5 lakh crore with an average annual deposit of Rs 80,000 crore. Besides, the corpus of National Pension System (NPS) is also invested in equities. The total assets managed under NPS are about Rs 82,000 crore.

The Disinvestment Department will soon take the proposal of the revamped ETF to Finance Minister Arun Jaitley for his clearance and after it would be taken for approval of market regulator Sebi, the official said.

The 10 PSUs, which are part of the fund basket are, Oil & Natural Gas Corp, GAIL India, Coal India, Indian Oil, Oil India, Power Finance Corp, Rural Electrification Corp, Container Corp, Engineers India and Bharat Electronics. The ETF is currently in tap mechanism, which we are taking to tranche mechanism because we are changing certain clauses to make it more retail investor friendly, the official said.

While, 'tap' issue refers to selling securities from past issues and avoid certain transaction or legal costs and expedite fund raising. Tranche is a term often used to describe a specific class of bonds within an offering wherein each tranche offers varying degrees of risk to the investor. As per the terms of the existing ETF, which is an open ended fund with the face-value of Rs 10 per unit, individual investors can invest a minimum of Rs 5,000, while the maximum limit is Rs 10 lakh. Non-institutional investors/qualified institutional buyers can invest in the scheme with a minimum investment amount of Rs 10 lakh, as per the last offer document of CPSE ETF filed with Sebi before the launch of the fund.

State of SEZs is warning for land acquisition