After registering a constant growth in the last seven financial years, India's seafood export value has fallen by 15 per cent in the last financial year, because of rising competition from Thailand and Vietnam, lowering sea catch in India and currency fluctuations. 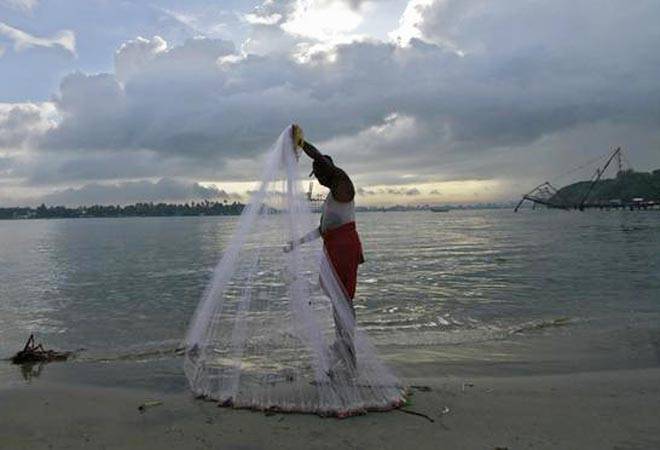 The industry needs fresh capital and incentives from the government. The private players are largely coming to invest in the industry. But the capital intensive nature of the industry--- such as maintenance of aquafarms, seafood processing and maintaining a cold chain--- and the high volume of risks are deterring them from continuing with fresh investments. In this context, the industry demands that they should get the same benefits as that of agriculture.

"Ideally, the government should form a separate ministry for fisheries," the investors in the industry demand.

When agriculture sector enjoy tax holidays and interest waivers, the aquaculture industry has hardly seen any incentives from the government. "We also need tax exemptions in areas such as seafood processing and cold chain promotion. Incentives would help in bringing down the cost of operations and make seafood more affordable. Seafood is the cheapest source of healthy proteins, providing nutritional security to nation's food basket, says Kamlesh Gupta, chairman and managing director of an aquaculture firm, WestCoast.

The industry expects a revival of seafood exports in this financial year--- till November 2016 the export value has risen by about 13 per cent as against the same period last year. The trade-body, Marine Products Export Development Authority (Mpeda) begins to campaign across the emerging markets, mostly in South America countries like Argentina, Brazil and Chile to secure more orders, reports say. The US (28.5 per cent) is the largest market for Indian seafood by value, followed by the South-East Asian countries (24.6 per cent) and the European Union (20.7 per cent).

The industry demands that the government should free its fresh and brackish waters for organised aquaculture activities, which will lead to 'Blue Revolution' in the country. "There is a potential wealth stored in the 4.5 million hectare fresh water resources in the country. Also, India has an estimated 11 lakh hectares available for brackish water shrimp cultivation, of which only 8.5 per cent or one lakh hectare of which has been brought under cultivation offering enormous production potential," adds Gupta.

The demand for high-end value added products--- sashimi-grade shrimp/tuna/freeze dried shrimp, breaded and battered shrimp, canned and retort pouch products--- is on the rise in mature markets. India supplied about 35 per cent of the total exported quantity to South-East Asia alone, mostly for the value addition in the last financial year. The fact is that the labour-intensive sector in the country is stuck at various hurdles in value addition because of the capital shortage.

GAAR from April 1; to be invoked in fair, rational manner: CBDT