Stating that it expects GDP growth to pick up in the next two years, Fitch said gradual implementation of the structural reform agenda is expected to contribute to higher growth, as will higher real disposable income. 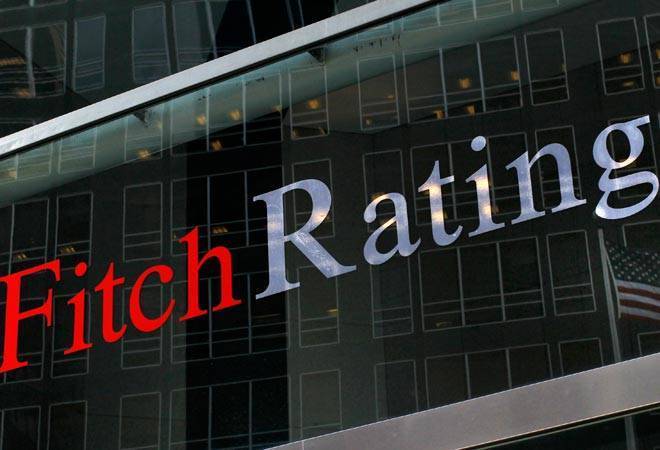 Unlike its earlier projection of 6.9 per cent growth, New York-based credit rating agency Fitch on Monday cut India's GDP forecast for the current fiscal to 6.7 per cent. The agency cited weaker rebound as a reason behind the growth rate cut. The forecast comes close on the heels of country's second quarter (July-September) GDP numbers reversing a five-quarter slowdown. India's GDP growth for the current fiscal rose to 6.3 per cent compared to 5.7 per cent in the first quarter (April-June).

Lower revenue realisation and the rise in expenditure attributed India's fiscal deficit of Rs 5.25 trillion for April-October, which is equal to 96.1 per cent of the budget estimate for the fiscal year. For 2017-18, the government aims to bring down the fiscal deficit to 3.2 per cent of GDP. Last fiscal, it had met the 3.5 per cent target.

Last month, Prime Minister Narendra Modi-led got a thumbs up from Moody's which upgraded India's local and foreign currency issuer ratings to Baa2 from Baa3. Moody's also changed the outlook on the rating to stable from positive after a gap of 13 years. However, Standard & Poor's (S&P) retained India's ratings at BBB-, reaffirming its stable outlook.

The International Monetary Fund (IMF) had also said it will update its growth rate forecast for India in January next year. Fitch, however, said it expects the GDP growth to pick up in the next two years. "The Indian economy picked up in 3Q17 (July-September), with GDP growing by 6.3 per cent year-on-year, up from 5.7 per cent in 2Q17. However, the rebound was weaker than we expected, and we have reduced our growth forecast for the fiscal year to end- March 2018 (FY18) to 6.7 per cent from 6.9 per cent in the September GEO," Fitch said in its latest GEO.

The US-based ratings agency said growth has "repeatedly disappointed" in recent quarters, partly because of one-off factors including the demonetisation programme of November 2016 and disruptions related to the implementation of the Goods and Services Tax (GST) in July 2017. Reversing a five-quarter slide in GDP growth, Indian economy bounced back from a three-year low to expand by 6.3 per cent in July-September as manufacturing revved up and businesses adjusted to the new GST tax regime. The GDP growth in the second quarter of 2017-18 compares to 5.7 per cent in April-June, the lowest growth rate since the Narendra Modi government took office, and 7.5 per cent in the September quarter of the previous fiscal.

Stating that it expects GDP growth to pick up in the next two years, Fitch said gradual implementation of the structural reform agenda is expected to contribute to higher growth, as will higher real disposable income. "Recent moves by the government should help support the growth outlook and enhance business confidence," it said. The two-year bank recapitalisation plan of Rs 2.1 lakh crore, or 1.4 per cent of GDP, is likely to help address the capital shortages that have hindered the banks' lending capacity. Also, the Rs 6.9 lakh crore, or 4.5 per cent of GDP, road construction plan may encourage the investment growth outlook.