State-run miner Coal India came up with bumper production that enabled the country to cut down on its import bill last fiscal for the dry fuel by Rs.28,000 crore. 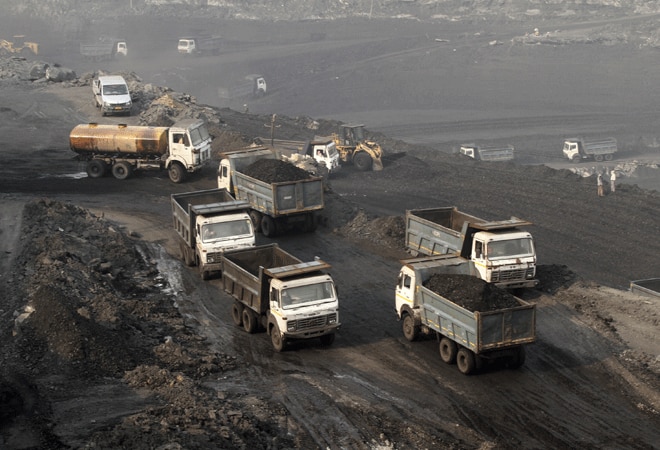 India is contemplating stopping imports of thermal coal in the next two-three years to save Rs 40,000 crore annually by taking advantage of the increasing production of the dry fuel, union Coal and Power Minister Piyush Goyal said in Mumbai on Friday.

"Indian companies used to import a lot of thermal coal. We want to completely stop its import over the next two to three years. We have already reduced imports by Rs 28,000 crore. We will save Rs 40,000 crore," he said in his address at the Maritime India summit in Mumbai, but added that coking coal would have to be imported.

State-run miner Coal India came up with bumper production that enabled the country to cut down on its import bill last fiscal for the dry fuel by Rs.28,000 crore.

Goyal said his ministry was keen to enter into long-time contracts with Indian shipping companies for import and transportation of coal.

He also suggested establishing a small private equity fund with a base capital of about $250 million to be managed by an international fund investor expert, adding the fund could provide equity to various organisations undertaking logistics through coastal shipping and inland waterways.

He said the private sector would be interested to take part in the equity fund if the public sector undertakings alongside the ministries of power and coal joined it, and hoped the fund could generate Rs.4,000 crore from overseas investors.

Iterating the government's commitment to raise Coal india's production to one billion tonnes by 2019, he said the petroleum ministry as also companies like GAIL and Petronet should join the power ministry to ink long term contracts to ensure gas supply to nearly 24,000 MW projects.

The power ministry was striving to reach a solar capacity target of 20,000 MW by 2017, almost five years ahead of the deadline set by the UPA government.