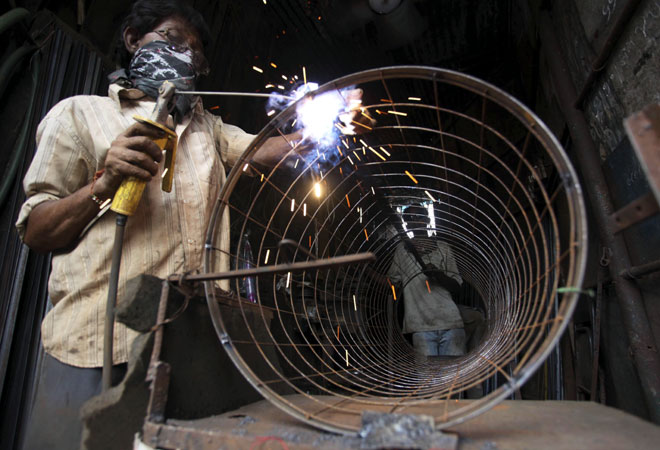 Following is the status of key pending reforms:

The government needs approval during a Parliamentary session ending on December 23 to allow overseas investors to hold a 49 per cent stake in insurance companies, up from the current 26 per cent cap.

The law would also raise the cap for the pension industry. The Opposition has not yet promised support needed to pass the law in upper house.

The industry expects that raising the cap would result in $2 billion of inflows into insurance.

The government wants to make it easier to buy land for infrastructure and industrial projects, possibly by exempting public-private partnerships from an act passed last year.

Opposition parties are expected to resist. Modi could seek to change the law in a joint session of both houses of Parliament or by decree early next year.

Road projects alone worth $10 billion face delays over land disputes and other clearances.

Earlier this week, Parliament approved a bill to simplify the process of complying with 16 labour laws for small companies employing up to 40 workers by placing the forms online.

The government will have to overcome union resistance to move forward on relaxing restrictions on hiring and firing.

The government wants to move a constitutional amendment in the ongoing session of Parliament, then win the consent of state assemblies to implement India's first nationwide service tax union by April 2016.

If successful, economists say the measure could add 2 per centage points to GDP growth.

Most state governments are on board, but the main opposition Congress has still not given its backing.

Consensus is still missing on the final GST tax rates - recommendations vary from 16 per cent to 27 per cent.

The government plans to raise nearly $9.5 billion by selling stakes in state-run and private companies including oil explorer ONGC and Coal India by March.

Analysts doubt whether the target will be achieved. Market valuations are high and Modi seems determined to overcome labour union opposition to the Coal India sale, but the government has started the sell off late in the financial year.

Separately, the government has reiterated its commitment to lowering its stake in public sector banks, while retaining a majority holding. It has not given a timeline.

The government plans to cut wasteful subsidies on fuel, fertiliser and food, estimated at over 21 per cent of total estimated revenue receipts in 2014/15.

It has ended diesel subsidies and is waiting for a panel's report to announce next steps, possibly in the annual budget in February. Finance Minister Arun Jaitley has suggested subsidies on cooking gas could be slashed for the well-off.

Coal fields are due to be auctioned by February, followed by plans to allow commercial coal mining for the first time, and to invite in foreign miners. The government used an executive decree to bring about the changes. Now it needs Parliamentary support.

The government is planning the sale of mobile telephone and FM radio spectrum in early 2015.

Considering plan to cut stake in PSU banks to 52%: Govt