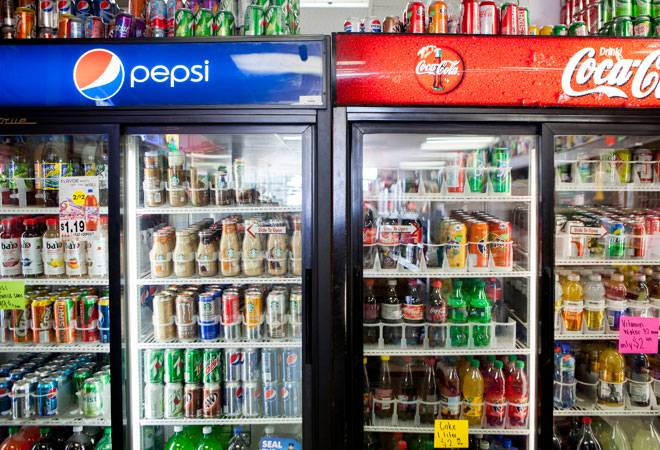 RSS, along with Badal's alliance partner BJP, had opposed opening up of FDI in multi-brand retail. (Picture for representation purpose only. Source: Reuters)

Even as the Minister of Food Processing Industries (MoFPI), Harsimrat Kaur Badal kept the pedal on to lobby for opening foreign direct investment (FDI) in multi-brand retail for food items grown and processed within India, it seems the Rashtriya Swayamsevak Sangh (RSS) has already spooked her plans. The minister has written a letter to Prime Minister Narendra Modi, who asked Finance Minister Arun Jaitley to speak to Sangh leaders and ask them to do some "loud thinking". Sources told BT that RSS refused to consider this issue, asking the government to stick to the manifesto.

On Tuesday, at the inauguration of ASSOCHAM's eighth Global Food Processing Summit, Badal reiterated her commitment. Top officials told BT that initially the government was keen to bring in this reform and draft rules. If things went well, this might have got a mention in the Budget. "But sensing displeasure in RSS, they have developed cold feet".

RSS, along with Badal's alliance partner BJP, had opposed opening up of FDI in multi-brand retail, and food forms the biggest portion of the cake. "It's a bad idea and against BJP's manifesto; we have already told the government," National Co-convener of Swadeshi Jagran Manch (SJM), Ashwani Mahajan, replied to a tweet of this correspondent.

In 2012, the erstwhile UPA government cleared 51 per cent FDI in multi-brand retail. Then, BJP along with its NDA partners and Left parties vehemently opposed the plan.

Interestingly, the minister Badal wanted to project food retail as distinct from multi-brand retail. Conventional multi-brand retail represented by Walmart, Carrefour, Tesco, Cosco, Metro etc. includes clothes, electronics and other household items, but globally these players have made innovations to circumvent the regulatory challenges, or developed new business models. This was seen in the same light. As per market research agency CRISIL, food and groceries make up 69 per cent of the Rs 25 lakh crore retail market.

"I have requested the Prime Minister that we must allow FDI in multi-brand retail of food, which is grown and processed in India because it will give the push and the thrust to create that infrastructure that will help the industry prosper," said Badal.

This can impact BJP's core voter group of traders. Nearly 22 crore people are employed by small-time domestic retailers. The minister cited the example of Punjab, where her family is leading the ruling alliance. In the state, FDI in multi-brand retail has come in food sector. "It has benefitted everybody, there is no trader in the middle who has lost out, there is no farmer who has lost, no industry has lost out, so it has been a win-win situation and it has been a tried and tested formula," she said. But for BJP, whose voter base is shrinking among farmers. it is a tough call to take on another core vote bank.

RSS leaders have conveyed to Jaitley that FDI in multi-brand retail will centralise the whole process, which in turn would reduce job opportunities. And, ideologically, the Sangh is pushing for a decentralised approach.

These leaders told BT, the catch here is: globally the margins in food-only multi-brand retail stores are low, despite having high revenues. "These companies want a foothold to eventually open up the conventional multi-brand retail," Mahajan told BT. Other RSS leaders also back his claims and say that to allow FDI in food retail would also mean opening up contract farming and giving the ownership of the warehouses and other logistic and delivery supplies to one player to ensure bigger margins. "Our farmer is not ready for all this," another RSS leader said.

In her arguments, the minister said globally established brands and multi-national companies will promote technology transfer, something which has been missing in India due to lack of infrastructure. RSS leaders counter her by adding that it is the job of the government of the day to make enabling infrastructure and regulatory environment to develop domestic players rather than look for FDI.

However, the minister argues, opening up of this segment will be in the interest of both consumers and farmers: "It will bring down food inflation, create more jobs and lead to rapid infrastructure development."

Interestingly, three years ago, while giving her party's stand on the floor of the house to oppose the UPA move, she had said exactly the opposite. The only difference in the proposal is: now she wants opening up of doors for Indian food processors.

It appears difficult for both ends to meet, but for sure the power tussle will continue.