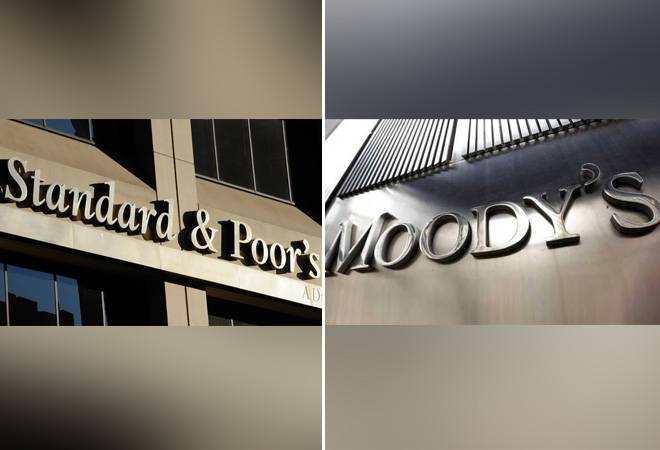 While credit rating agency Standard & Poor's (S&P) on Friday retained India's ratings at the lowest investment grade of BBB-, keepings its outlook stable, another US-based credit rating giant Moody's had last week upgraded the government's local and foreign currency issuer ratings to Baa2 from Baa3. Moody's also changed the outlook on the rating to stable from positive after a gap of 13 years. Though both the credit rating agencies appreciated India's strong GDP, S&P raised concern over increasing fiscal deficit and debt burden, saying the country's fiscal challenges coupled with low per capita income and high debt also reflect the country's underperformance. Here are the bases on which these top rating agencies measured India's growth story.

Gross Domestic Product
Moody's: The agency said most reforms by the current Indian government will take time for their impact to be seen, and some, such as the GST and demonetisation, have undermined growth over the near term. The agency said it expected the real GDP growth to rise to 7.5% in FY2018. In the longer run, India's growth potential seems significantly higher than most other Baa-rated sovereigns, said Moody's.

S&P: The ratings on India reflect the country's strong GDP growth, sound external profile, and improving monetary credibility. However, confidence and GDP growth in 2017 appear to be hit by demonetisation and the introduction of the GST. That said, India's GDP growth rate is among the fastest of all investment-grade sovereigns, and we expect real GDP to average 7.6% over 2017-2020 (6.5% in per capita terms).

Moody's: Government efforts to reduce corruption, formalise economic activity and improve tax collection and administration, including through demonetisation and GST, both illustrate and should contribute to the further strengthening of India's institutions. However, much remains to be done. Moody's expects that over time at least some of these issues will be addressed.

Moody's: Recent announcements of a comprehensive recapitalisation of public sector banks (PSBs) and signs of proactive steps towards a resolution of high NPLs through the Bankruptcy and Insolvency Act 2016 are beginning to address a key weakness in India's sovereign credit profile. Over the medium term, if met by rising demand for investment and loans, the measures will help foster more robust growth.

S&P: Recapitalisation of state-owned banks is likely to pave the way for some improvement in credit expansion from 2018. Given their weaker profitability, we estimate that public-sector banks will need a capital infusion of about US$30 billion to make large haircuts on loans to viable stressed projects and meet the rising requirement of Basel III capital norms.

Moody's: The stable outlook reflects Moody's view that, at the Baa2 level, the risks to India's credit profile are broadly balanced. The relatively fast pace of growth in incomes will continue to bolster the economy's shock absorption capacity. And even in periods of relatively slower growth, as seen recently, stable financing will mitigate the risk of a sharp deterioration in fiscal metrics. However, the high public debt burden remains an important constraint on India's credit profile relative to peers, notwithstanding the mitigating factors which support fiscal sustainability.

S&P: The stable outlook reflects our view that, over the next two years, growth will remain strong, India will maintain its sound external accounts position, and fiscal deficits will remain broadly in line with our forecasts. Upward pressure on the ratings could build if the government's reforms markedly improve its net general government fiscal out-turns and so reduce the level of net general government debt. Downward pressure on the ratings could emerge if GDP growth disappoints, causing us to reassess our view of trend growth.