India speeds up investment proposals to Iran on easing of sanctions

India is already pursuing the expansion of the Iranian port of Chabahar on the Gulf of Oman coast. A consortium of Indian fertiliser companies is interested in an investment of around $1.2 billion to build a gas-based urea manufacturing plant at Chabahar. 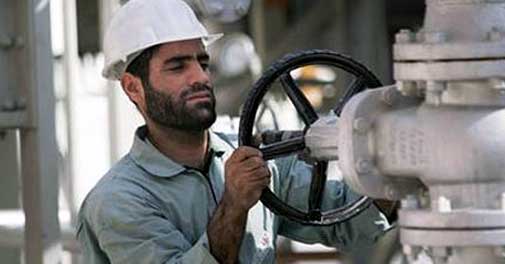 As the world started to offer an olive branch to Iran, India was quick to rebuild relations with the Persian nation. Already in the process of resolving crude oil trade payment issues, India is speeding up its investment proposals to Iran in the wake of the six-month Iranian nuclear deal with the US and six other nations along with the easing of sanctions.

India is already pursuing the expansion of the Iranian port of Chabahar on the Gulf of Oman coast. A consortium of Indian fertiliser companies is interested in an investment of around $1.2 billion to build a gas-based urea manufacturing plant at Chabahar. A delegation of Indian officials is expected to visit Tehran this month. Iran has already committed gas for this unit. Experts say the project will help bring down input costs.

Meanwhile, ICIS, the world's largest market information provider on petrochemicals, energy and fertiliser, released a report on the country's fertiliser market on December 6. According to ICIS, demand for urea, ammonia, sulphur and potash from Indian buyers remains robust, although the phosphates market remains in a lull.

Indian companies continued to buy urea in November from international markets such as Iran and China. Under the latest tender on November 11, Indian Potash bought over 600,000 tonnes of urea scheduled to be shipped by December 22. There are mixed opinions as to when, or whether, India will return to the market again. There has been talk that Metals and Minerals Trading Corp (MMTC) may float another purchase tender in the near future, although it has made no official announcement.

In other markets, a combined 240,000 tonnes of contract and spot ammonia cargoes product were loaded for buyers on the eastern and western Indian coasts in November, roughly the same as October. Despite robust demand, prices remained relatively stable last month, with the latest contract cargo from the Arabian Gulf to Dahej and Sikka heard priced at $484/tonne CFR (cost and freight) and $480/tonne CFR, respectively.

The Indian phosphates market remained subdued in November, despite a fresh sale on a US DAP basis by US-based Mosaic to Chambal Fertilisers and Chemicals and its own network. New trade is seen as lacklustre until the end of 2013 due to ample stocks estimated at 1.2 million tonnes. Stocks are expected to drop to normal levels of 800,000 tonnes ahead of the new season. Any new business is expected to be concluded for restocking purposes.

Indian potash imports picked up in November, as suppliers resumed shipments to India after agreeing to give buyers discounts of over $50/tonne. Prices fell to around $375/tonne CFR from $427/tonne CFR agreed earlier for this fiscal year.

On a monthly basis, Russian producer Uralkali's muriate of potash (MOP) shipments to India in November are understood to be 90,000-95,000 tonnes for November, while Canada's Canpotex shipped 115,000 tonnes of MOP. Other suppliers such as Israel Chemicals Ltd (ICL), Arab Potash Co (APC) and K+S Potash Canada also shipped contract cargoes to India during the month.

MOP imports nearly doubled to 322,010 tonnes in October from 166,580 tonnes a month ago, according to the Fertilizer Association of India (FAI). The increase came after shipments came to a near halt in August and September, following the Belarusian Potash Co (BPC) split. Sales for direct applications were, however, down 27.5 per cent in October, compared with 193,000 tonnes in the previous month.

Further tenders are closing in early December and expectations are that prices will increase in subsequent trade as Middle Eastern producers have increased FOB levels for December cargoes. India-based Paradeep Phosphates Ltd (PPL) was closing a tender for 35,000 tonnes of sulphur on Dec 3, while FACT was due to close a tender on December 5 for 15,000-25,000 tonnes.