It was a deeply disturbing home coming for her when news of a series of netizens' arrests spurred by powerful politicians started making headlines and it was then she decided to file PIL against the law. 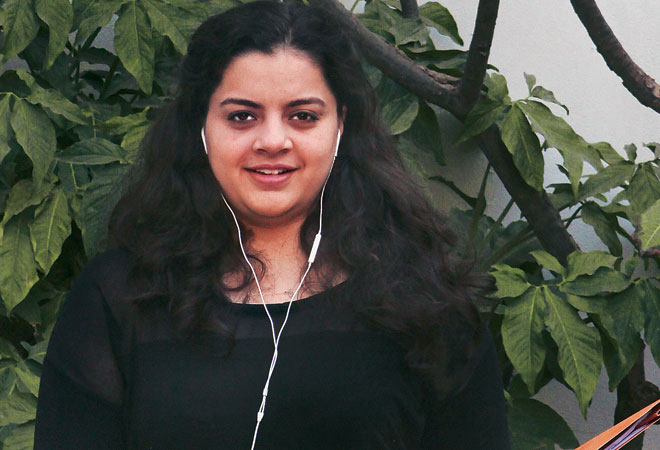 It was a deeply disturbing home coming for Shreya Singhal, then 21. She had returned to India from her astrophysics course at the UK's Bristol University in 2012, when news of a series of netizens' arrests spurred by powerful politicians started making headlines.

Behind these arrests lurked a relatively young dark law: Section 66A of the Information Technology Act. Shreya decided to file a public interest litigation. A little over two years later, Justice Rohinton Nariman of the Supreme Court got up from his chair after announcing, "Section 66A of the Information Technology (IT) Act, 2000, is hereby struck down in its entirety."

A packed courtroom noisily greeted the landmark judgment upholding online freedom of speech and expression. The two-judge bench headed by the son of legendary jurist Fali S. Nariman had struck down as "unconstitutional" and "vague" the draconian provision which gave "sweeping and unbridled power" to the police to arrest anyone for offensive posts on social networking websites or sending messages through mobile phones and tablets.

For Shreya, daughter of Supreme Court lawyer Manali Singhal and grand daughter of Delhi High Court judge Sunanda Bhandare, a long battle against the might of the state had just got over.

"I was shocked by the arrests, including of a Jadavpur University professor, for circulating a picture spoofing West Bengal Chief Minister Mamata Banerjee and her party colleague Mukul Roy; imprisonment of Puducherry businessman Ravi Srinivasan for allegedly posting offensive messages on Twitter about Congress leader P Chidambaram's son Karti Chidambaram," she said. But the trigger for her PIL was the arrest of two girls in Mumbai for criticising online the shutdown in the city for Bal Thackarey's funeral.

"I got really angry. The law was blatantly being misused. The provision was extremely vague in its definition of what should go on the Internet," she said. Shreya's petition raised an avalanche. Eight other petitioners, including writer Taslima Nasreen, joined her after a year. Section 66A, brought about by a defensive UPA which was increasingly getting cornered and badgered on the social media, surprisingly found a friend in the incumbent government, which defended it in Supreme Court.

The court found merit in Shreya's argument that the language used in Section 66A is so vague that neither the accused would know what the offence was, nor would the authorities be clear on the charges. It prescribed a three-year jail term for posts which are "grossly offensive" or had a "menacing character" or e-mails which caused "annoyance" or "inconvenience" to the recipient.

What is worse is that none of these expressions had been defined. This went against the principles of criminal law which require each and every term to be well-defined, leaving no scope for misinterpretation and possible misuse.

"You can't jail anyone just like that. I am not saying you should defame anyone. But one should not be scared to post anything now as long as public order is respected," said Shreya. The court noted that the vagueness could be misused by governments with an agenda. In a last ditch effort to save the provision, additional solicitor general Tushar Mehta had submitted that the Centre was ready to amend the law and fervently pleaded against scrapping it.

He said it was meant to deter people from uploading grossly offensive material which can lead to lawlessness by inciting public anger and violence. He had also assured it would be administered in a reasonable manner and would not be misused. But the court was not impressed.

"The section has a chilling effect on the freedom of speech and expression. The right of viewers is also infringed as it would not give them the benefit of the many shades of grey in terms of various points of view that could be viewed over the Internet," the bench said in its 122-page judgment. Shreya is still in her third year of law at the Delhi University, with an accomplishment even those with 30 years in practice would cherish.

No differences with govt over setting up of PDMA: RBI