It also said there would be no grant of lease for mining around one km of national parks and wild life sanctuaries. The court directed the Ministry of Environment and Forests (MoEF) to identify eco-sensitive areas around national parks within six months. 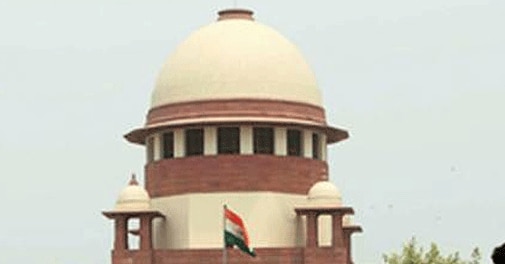 The Supreme Court on Monday allowed an annual cap of 20 million tonnes of iron ore to be extracted in Goa which was banned by it in the state for nearly one-and-a-half years.

A bench comprising justices A K Patnaik, S S Nijjar and F M I Kalifulla, however, said the expert panel will give a final recommendation on annual cap on excavation of iron ore within six months.

It said there cannot be a deemed renewal of lease after 2007 of the existing lease deeds emanating from 1962 onwards.

It also said there would be no grant of lease for mining around one km of national parks and wild life sanctuaries.

The court directed the Ministry of Environment and Forests (MoEF) to identify eco-sensitive areas around national parks within six months.

It said the Goa government will formulate a scheme within six months for utilising the funds generated by e-auction.

The bench said the workers on rolls of all mining firms will be paid 50 per cent of the wage during the period for which they were out of work because of the apex court's stay on the mining activity.

Further, within six months, the expert panel will recommend how the extracted dumps are to be utilised, it said.

The bench had on March 27 reserved its order on putting the annual cap on volume of iron ore to be extracted in Goa.

The bench had said it cannot go into the policy matter and will only address the regulatory aspect involved in it.

The expert panel had recommended to Goa government to form a mining corporation or a public sector company in view of "illegalities" by private miners.

Senior advocate Harish Salve, assisting the court as amicus curiae in the case, had read out portions of the expert panel report that was submitted in the apex court on March 26.

To a question about what will happen to the money received from e-auction of iron ore if it decides to cancel mining licences in Goa, Salve had suggested that the money should go to the state government after giving a "normative cost" of mining to miners.

The expert panel, appointed by the Supreme Court, had recommended that for the time being, iron ore mining of up to 20 million tonnes annually be allowed in Goa.

The report had suggested it was not "desirable" to start fresh extraction of iron ore.

The panel had said there is a "large-scale degradation" of eco-system in Goa by mining and the restoration needs timely monitoring and recommended creating a "permanent fund" for the purpose.

On e-auction of iron ore till now, the committee had said about 1.62 million tonnes of iron ore had been auctioned in two rounds till now and approximately Rs 260 crore realised from it.

The apex court had on November 11, 2013 allowed e-auctioning of nearly 11.48 million tonnes of extracted iron ore lying unused in Goa for over a year after it halted mining operations in 90 mines there.

The court, which had on October 5 last year stopped mining, transportation and export of iron ore in Goa following a report of irregularities by the Justice M B Shah Commission, also ordered setting up of another six-member panel asking it to file its report by February 15, 2014, suggesting the annual cap on the volume of iron ore to be extracted.

The six-member panel has one representative each from the MoEF and the Department of Mining besides "an ecologoist, a geologist, a mineralogist and an expert on forest."