The SC permitted voluntary use of Aadhaar in welfare schemes, including MGNREGA, all kinds of pension schemes and the provident fund, besides ambitious flagship programmes. 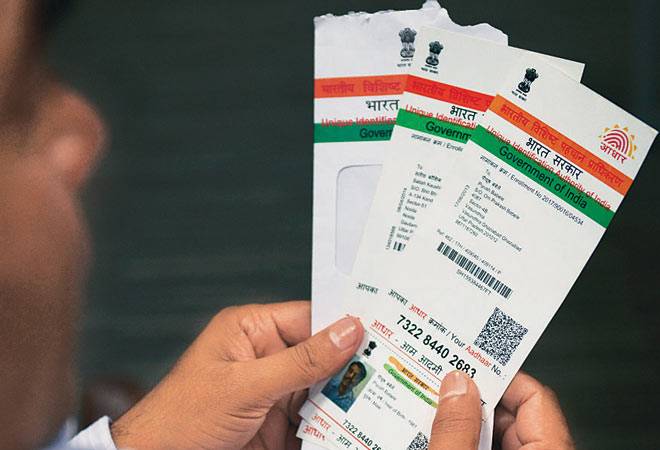 The social welfare schemes were in addition to the LPG and PDS schemes in which SC had announced the voluntary use on Aug 11. Photo: Reuters

In reprieve to the Modi government, the Supreme Court on Thursday permitted voluntary use of Aadhaar cards in welfare schemes, including MGNREGA, all kinds of pension schemes and the provident fund, besides ambitious flagship programmes like Pradhan Mantri Jan Dhan Yojna of the NDA government.

The social welfare schemes, aimed at reaching out to the needy, were in addition to the LPG and PDS schemes in which the apex court had announced the voluntary use of Aadhaar cards on August 11.

A constitution bench headed by chief justice H L Dattu had modified the order following a fervent plea by Attorney General Mukul Rohatgi, who was representing the Centre. Rohatgi had said, "Aadhar was essentially for good governance, transparent implementation of government programmes and ensuring that its benefits reach only eligible persons. The government must ensure that the venture doesn't go in vain."

A five-judge bench headed by Chief Justice H L Dattu also put a rider in its interim order for the Centre and said, "We also want to make it clear that the Aadhaar card scheme is purely voluntary and not mandatory till the matter is finally decided by this court."

The court is hearing PILs filed by former high court judge Justice Puttaswamy and NGO Society for Civil Rights, who while challenging the constitutional validity of the cards, raised the issue of right to withhold personal information and intrusion into right to privacy by the state.

Two of the interveners in the case - Reetika Khera, an Economics Professor at IIT Delhi, and Sahana Manjesh, a lawyer -have contended that biometric identification denoted for UID - the iris scan, finger print identification - can easily be misused by a miscreant.

The bench, while including the four other schemes along with LPG and PDS where Aadhaar may be used, said, "The Constitution bench, which also included Justices M Y Eqbal, C Nagappan, Arun Mishra and Amitava Roy, was set up only for the purpose of deciding upon applications filed by the Centre and bodies like RBI, SEBI, IRDA, TRAI, the Pension Fund Regulatory Authority and states like Gujarat and Jharkhand seeking modification of the August 11 order."

(In an association with Mail Today)