The Indices of Industrial Production for the mining, manufacturing and electricity sectors for the month of October 2019 declined 8.0 per cent, 2.1 per cent, and 12.2 per cent, respectively 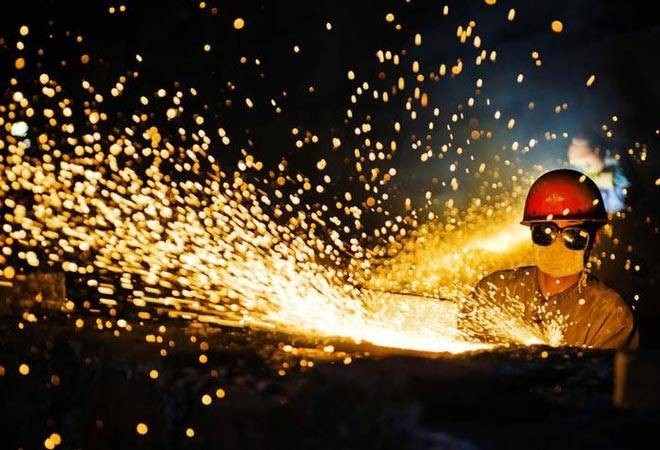 India's industrial output declined 3.8 per cent in October on the back of poor performance across all sectors, showed data released by Ministry of Statistics and Programme Implementation on Thursday. A major reason for decrease in India's Index of Industrial Production (IIP) is declining performance of eight core industries that comprise 40.27 per cent of the IIP. Other than that, coal and cement production also dipped by 17.6 per cent and 7.7 per cent, respectively, in October.

Industrial output in September had fallen by 4.27 per cent due to poor show across all sectors. IIP had declined by 1.41 per cent in August 2019. The cumulative growth for the April-September 2019 period had also slipped to 1.3 per cent, down from 2.4 per cent in August.

As per use-based classification, primary goods declined by 6.0 per cent in October, capital goods by 21.9 per cent, intermediate goods by 22.2 per cent, and infrastructure and construction goods by 9.2 per cent. Consumer durables and consumer non-durables have recorded decline of 18 per cent and 1.1 per cent, respectively.

"India's November inflation has surged to 40-month high of 5.54 per cent, that is 130bps higher that RBI's medium term target of 4 per cent. This is mainly due to substantial increase in food prices. While October IIP print still remains in contraction at -3.8 per cent. At this month's policy, RBI refrained from cutting rates due to uptick in CPI despite slow growth. If inflation continues to rise further than RBI may continue to maintain a pause at the Feb policy," said Rahul Gupta, Head of Research - Currency, Emkay Global Financial Services.

"Overall, new data suggest continuation of the combination of weak growth and higher inflation. Our economic activity index (EAI) suggests that October 2019 was the worst month on the current cycle but things have improved in November 2019. It is hard to tell yet if the recovery is strong enough to lead to greater than 4.5 per cent growth in Q3 FY20," said Nikhil Gupta, Chief Economist, Motilal Oswal Financial Services.