Argentina has pushed the deadline for reaching a deal to June 2 amid signs the two sides may be coming closer to an accord. However, the default will lead to complications for the nation 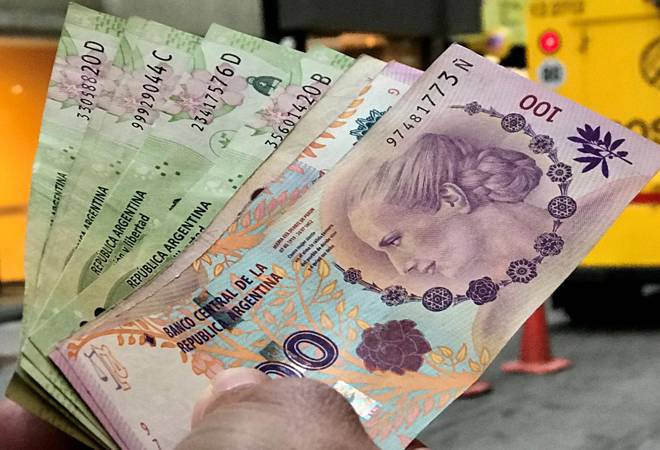 Argentina has defaulted on sovereign debt for the ninth time in its history as the country failed to repay around $500 million in already delayed bond coupons on Friday. The default on three bonds comes amid talks to restructure around $65 billion in foreign debt by the South American nation.

A person with knowledge of the development told Reuters that the two sides could reach a comprehensive deal in a matter of days.

Argentina and its creditors, who held negotiations in April, have said they are working to prevent a default that could spark years of litigation and lock the major grain-producing country out of global capital markets. Argentina has pushed the deadline for reaching a deal to June 2 amid signs the two sides may be coming closer to an accord. However, the default will lead to complications for the nation.

"Argentina today failed to pay $503 million in interest which was originally due on April 22," Gabriel Torres, a Moody's vice president said.

The bond payments had a 30-day grace period.

"We expect the road ahead for Argentina's debt restructuring is likely to become more problematic," Torres added.

Earlier, Argentina's ambassador to the US wrote in a letter that the country would default on payments Friday considering the "prospect of reaching an agreement with its creditors on new terms for their bonds."

Economy Minister Martin Guzman said the interest payment formed part of a wider restructuring discussion "and we expect it to be addressed in the broader agreement that we are pursuing."

On Thursday, the minister said the government planned to amend its offer to creditors based on negotiations over the coming days.

"These are critical times. What's achieved now will affect the lives of millions of people and will likely have spillover effects on an entire class of assets," he said.