Asian sovereigns unlikely to be hit by US downgrade prospects

Fitch Ratings has put the credit rating of the US under negative watch. 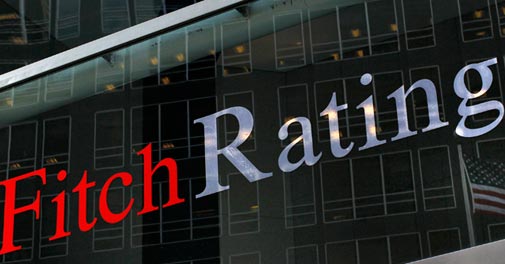 Sovereign ratings of Asian economies are unlikely to be directly impacted by the prospects of a downgrade of the US credit rating, Fitch said  Friday.

Fitch Ratings, earlier this week, put the credit rating of the US under negative watch. The move indicates a prospect of a possible downgrade of the country's 'AAA' rating.

The warning came in the wake of political impasse in the US that had even raised concerns about the world's largest economy defaulting on its debt obligations.

The government was shut down partially from October 1-16 over cutting US spending and raising its debt ceiling, after which Fitch issued a warning to strip it of the AAA rating.

"The recent assignment of rating watch negative on the US' AAA sovereign ratings is unlikely to lead directly to downgrades of any Asian sovereigns, even though these are among the largest holders of US treasuries," the global rating agency said.

Fitch noted that US treasuries are likely to remain among the most liquid financial instruments, and so would continue to underpin Asian external liquidity and sovereign credit profiles.

Asian sovereign credit profiles have generally benefited from a strengthening of their foreign-currency balance sheets since the Asian financial crisis in 1997-1998, it added.

"This has been driven by a rapid pace of reserve accumulation by most countries in the region, up until 2011. The growth in foreign-currency reserves has subsequently slowed. Moreover, this has recently dropped from a year ago in countries such as India, Indonesia, Mongolia and Sri Lanka, due to twin deficit pressures and lower net capital inflows," the agency said in a statement.

"This factor is not eroded by the Rating Watch Negative on the US' AAA sovereign rating," Fitch said.

Citing latest data, the agency said that China and Japan have among the world's largest reserves - $3.6 trillion and $1.2 trillion, respectively.

"The foreign reserve positions of countries such as Korea, Taiwan, Hong Kong, Singapore and India remain among the largest in the world - in excess of $200 billion," Fitch noted.

Asian governments made up for about 26 per cent of total marketable treasury debt at the end of July this year.

The largest holders were China and Japan, with 11 per cent and 10 per cent, respectively. Nine other Asian sovereigns held 5 per cent," it said.

Going by the IMF data, more than 60 per cent of global reserves for which a currency breakdown is provided was held in US dollars at the end of September.