Growth of 6.5 per cent would mark a ripping pace for most countries but would be the slowest in China in a quarter century as world's No. 2 economy grapples with gyrating financial markets, softening global trade and efforts to reduce environmental degradation. 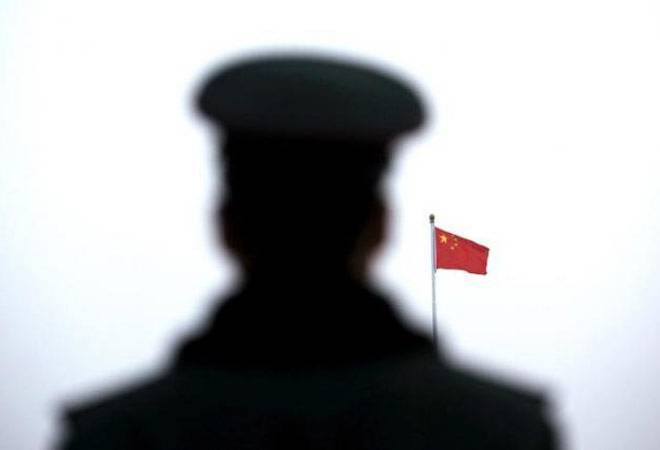 China faces a tough battle to keep its economy growing by at least 6.5 per cent over the next five years while creating more jobs and restructuring inefficient industries, Premier Li Keqiang said as he opened China's annual Parliament on Saturday.

Growth of 6.5 per cent would mark a ripping pace for most countries but would be the slowest in China in a quarter century as world's No. 2 economy grapples with gyrating financial markets, softening global trade and efforts to reduce environmental degradation.

"Our country's development faces more and greater difficulties ... so we must be prepared for a tough battle," Li said.

In 2016, Beijing will aim for an economic growth rate between 6.5-7 per cent, as Reuters previously reported, with a consumer inflation target of around 3 per cent and money supply expansion of around 13 per cent, according to a series of draft reports ahead of the opening of the 12-day Parliament.

Many investors had been hoping China would post an aggressive target for fiscal spending to prop growth.

But the draft goal of running a fiscal deficit equivalent to 3 per cent of GDP, while up from the previous year's target of 2.3 per cent, still disappointed some who had hoped for a number closer to 4.

"The budget deficit of 3 per cent is not enough and should be increased," economist and former central bank advisor Yu Yongding told Reuters on the sidelines of the meeting.

Zhou Hao, economist at Commerzbank in Singapore, said the low figure may reflect concerns that a higher number would signal tolerance for another spree of debt-fueled growth such as that Beijing embarked on in 2009.

"The pressure from rating agencies could be something China has to consider, indicating that China is cautious on rolling out large infrastructure investment that could result in long-term debt issues," Zhou said in a email.

The reports provide a blueprint of China's aspirations for the next five years across a range of sectors and measures.

They show Beijing trying to strike a balance between holding up growth and restructuring underperforming industries, where so-called "zombie firms" are responsible for much of the country's corporate debt overhang left over from the 2009 stimulus.

In lead up to parliament, the government flagged major job losses in key coal and steel industries. Overall, China aims to lay off 5-6 million state workers over the next two to three years, two sources said, in Beijing's boldest retrenchment program in almost two decades.

Li said the country will create 10 million new jobs, address zombie firms through mergers, bankruptcies and debt deals, and hold the urban registered unemployment rate below 4.5 per cent in 2016.

Seeking to improve the environment, Beijing aims to cap total energy consumption at 5 billion tonnes of standard coal by 2020 and set targets for improving water efficiency.

China will increase military spending by 7.6 per cent this year, its lowest increase in six years, as it pursues a modernisation plan that will shrink staffing.

Unlike previous years, the documents did not mention a specific target for trade figures, having missed their goals repeatedly in recent years.

Weighed down by sluggish demand at home and abroad, industrial overcapacity and faltering investment, China's economic growth slowed to 6.9 per cent in 2015.

Economists widely expect it to cool further to a still-healthy rate of around 6.5 per cent this year.

But slower growth raises the spectre of social unrest, as the transformation from low-end manufacturing to high technology and services leads to rising structural unemployment.

Beijing hopes the country's financial markets can play a stronger role in supporting the economic transformation.

"We will move forward with the reform of stock and bond markets and increase the level of rule of law in their development, promote the sound development of the multilevel capital market, and ensure that the proportion of direct financing is increased," Li said.

The reassurance comes after Chinese markets erupted in 2015, with the stock indexes crashing, the yuan sliding sharply, and property markets in major cities spiked while smaller cities lagged.

Those moves prompted heavy-handed intervention from the government, leading some to question whether the Chinese Communist Party was capable of following through on its commitment to let markets play a "decisive role" in setting the price of assets.

Li said China will open its capital account in an "orderly manner" and continue to improve the exchange rate regime in 2016.