Growth rebounded in the second quarter after a record contraction in the first quarter, but analysts are looking for signs that the recovery is being fuelled by more than just temporary, pent-up demand and state-led stimulus 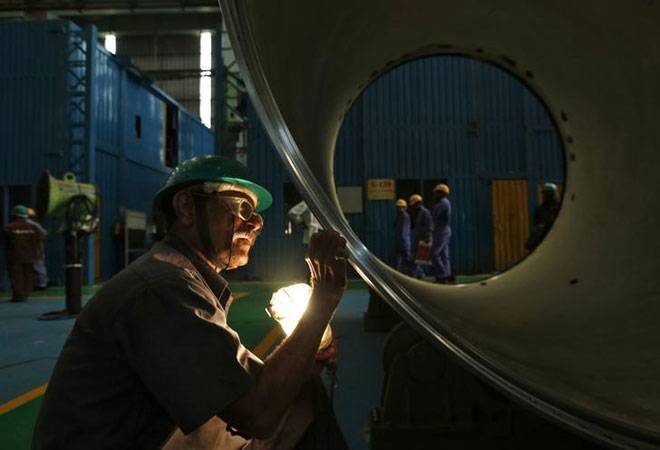 China's factory activity expanded at the fastest pace in nearly a decade in July as domestic demand continued to improve after the coronavirus crisis, though export orders and employment remained weak, a private business survey showed on Monday. The Caixin/Markit Manufacturing Purchasing Managers' Index(PMI) rose to 52.8 last month from June's 51.2, marking the sector's third consecutive month of growth and the biggest jump since January 2011.

It also beat analysts' forecasts for a more modest improvement of 51.3. The 50-mark separates growth from contraction on a monthly basis. The generally upbeat findings echoed an official survey on Friday, adding to evidence that the world's second-largest economy is getting back to its feet faster than expected from the coronavirus shock, which has now been largely brought under control.

"The supply and demand sides both improved, with relevant indicators maintaining strong momentum," Wang Zhe, senior economist at Caixin Insight Group, wrote in a note accompanying the Caixin survey release. "We still need to pay attention to the weakness in both employment and overseas demand," Wang said.

China announced unprecedented emergency measures early in the year to mitigate the economic damage from the health crisis, which had caused weeks of disruptions as most regions imposed strict lockdowns. Growth rebounded in the second quarter after a record contraction in the first quarter, but analysts are looking for signs that the recovery is being fuelled by more than just temporary, pent-up demand and state-led stimulus.

The Caixin survey showed both factory output and total new orders recorded the strongest increase in July since January 2011, and the gauge for output prices rose at the fastest pace in nearly two years, signalling future producer inflation that could help boost firms' profits, the survey showed.

However, export demand remained weak, with the sub-index for new export orders falling for the 7th month, albeit at a slower rate. The Caixin survey is believed to focus more on smaller exporters than the larger official survey. Many manufacturers are still facing reduced or cancelled overseas orders, and the re-imposition of virus restrictions in parts of the United States and other countries could slow down a global recovery.

The survey also showed Chinese factories cut payrolls for the seventh month to reduce costs, although job shedding moderated as sales improved. Avoiding mass unemployment has been a top government priority. A top decision-making body of the ruling Communist Party on Thursday pledged to ensure continued support for the economy in the second half, explicitly asking for more financing support for manufacturers.