Ahead of the talks, US President Donald Trump said that he would raise tariffs on USD 200 billion worth of Chinese goods from 10 per cent to 25 per cent as of May 10 in a bid to pile up pressure on China 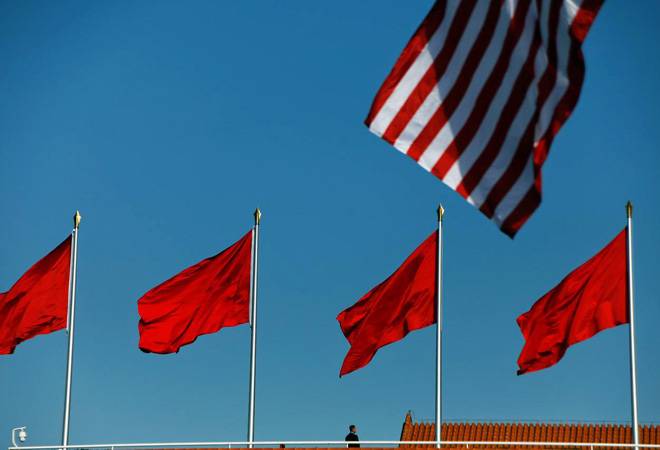 China is the world's second largest economy after the US. (Photo: Reuters)

China has threatened to retaliate if US President Donald Trump raises tariffs on $ 200 billion worth of goods ahead of the crucial 11th round of talks aimed at ending the trade war between the world's two largest economies.

The talks are due to be held on May 9-10 in Washington between trade delegations headed by Chinese Vice Premier Liu He and US Trade Representative Robert Lighthizer and US Treasury Secretary Steven Mnuchin amid accusations by Washington that Beijing is backtracking from consensus reached on key issues in the earlier rounds of talks.

Ahead of the talks, US President Donald Trump said that he would raise tariffs on $ 200 billion worth of Chinese goods from 10 per cent to 25 per cent as of May 10 in a bid to pile up pressure on China to conclude the talks to end the trade war at the earliest.

In a late-night announcement on Wednesday, the Chinese Commerce Ministry while expressing regret over the planned measures by the US to raise tariffs on imported Chinese products, said it would launch retaliatory measures in kind.

Stating that escalating trade frictions is against the interests of the two peoples as well as people of the world, the Ministry said: "China deeply regrets this, and will be forced to take necessary counter-measures if the US side puts the tariff measures into effect".

The US and China are locked in a trade war since Trump imposed heavy tariffs on imported steel and aluminium items from China in March last year, a move that sparked fears of a global trade war. In response, China imposed tit-for-tat tariffs on billions of dollars worth of American imports.

China is under pressure as its bilateral trade volume with the US, which is second largest trade partner of the European Union (EU), fell by 20 per cent in the first four months of this year.

The data - released by the General Administration of Customs (GAC) here said on Wednesday said that from January to April, the trade between the two countries was 1.1 trillion yuan ($ 173 billion), down from 20 per cent in 2017 prior to they engaged in a tit-for-tat trade tussle last year.

But at the same time, China's trade surplus with the US, one of the main grievances of the US administration against China, expanded 10.5 per cent to 570.2 billion yuan ($ 84.17 billion) during the period, the GAC said.

Trump is demanding China to reduce the $ 375 billion trade deficit. He also called for verifiable measures for protection of Intellectual Property Rights (IPR), technology transfer and more access to American goods in the Chinese markets.

If Trump goes ahead with his threat to raise tariffs on $ 200 billion worth of Chinese imports from 10 per cent to 25 per cent Friday, the bilateral trade is poised to tumble further, inflicting deeper wounds on the two sides and claiming collateral damages on others, state-run Global Times reported.

China is the world's second largest economy after the US.

Despite the escalating war of words, however, White House spokeswoman Sarah Huckabee Sanders said on Wednesday that Beijing had indicated that it wanted to make a deal.

US Trade Representative Robert Lighthizer, who is scheduled to meet with Liu in Washington, on Monday accused Beijing's trade negotiators of "reneging" on a number of commitments during recently-concluded discussions in Beijing, and confirmed that the US would increase tariffs on billions of dollars of Chinese imports on Friday.

The Chinese Commerce Ministry's response could have been more strident, suggesting that Beijing is trying to keep the door open for a resolution, the Hong Kong-based South China Morning Post quoted as saying James Green, a former East Asia minister counsellor for trade at the US' Beijing embassy from 2013 to 2018.

The Chinese statement "is the bare minimum they would have to say", said Green, who is now a senior adviser at the Washington-based consultancy McLarty Associates.

"They can't say nothing because this is all over the press, the president's tweets are garnering a lot of headlines, the stock markets are gyrating.

"Considering the inter-agency fighting, (the Commerce Ministry) doesn't want to leave it up to the Foreign Ministry to say something... It's a sign that the Chinese have been and continue to put an emphasis on negotiation over confrontation," he added.

Also read: Move on, Masood: Why China threw its favourite terrorist under the bus