Chinese factory activity increased at fastest pace since 2017 in November 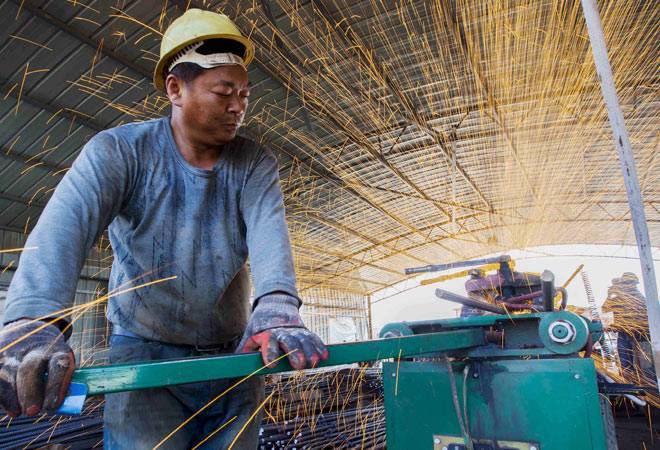 China's factory activity expanded at the fastest pace in more than three years in November, keeping it on track to be the first major economy to fully recover from the coronavirus crisis.

The official manufacturing Purchasing Manager's Index (PMI) rose to 52.1 in November from 51.4 in October, data from the National Bureau of Statistics showed on Monday. It was the highest PMI reading since September 2017 and remained above the 50-point mark that separates growth from contraction on a monthly basis.

Analysts had expected it to climb slightly to 51.5. China's vast industrial sector is steadily returning to the levels of activity seen before the pandemic and tough containment measures paralysed huge swathes of the economy early this year. But surging infections and fresh lockdowns in many of its key trading partners could dent demand for Chinese exports, which have been surprisingly resilient so far.

The official PMI, which largely focuses on big- and state-owned firms, showed the sub-index for new export orders stood at 51.5 in November, improving further from 51.0 a month earlier. Economic indicators ranging from trade to producer prices all suggest a further pick up in the industrial sector.

A sub-index for the activity of small firms stood at 50.1 in November, up from October's 49.4. A strong November e-commerce shopping festival in China unleashed strong consumer demand, bolstering confidence for small and medium firms.

Analysts at Nomura expect economic growth will quicken to 5.7% in the fourth quarter year-on-year, from 4.9% in the third quarter. It is expected to expand around 2% for the full year - the weakest in over three decades but still much stronger than other major economies that are still struggling to bring their coronavirus outbreaks under control.

In particular, China has seen a robust rebound in vehicle sales, fuelled by surging demand for trucks and electric vehicles.

In the services sector, activity expanded for the ninth straight month and at the fastest pace since June 2012, as consumer confidence further improves amid few COVID infections. Railway and air transportation, telecommunication and satellite transmission service and the financial industry are among the best performing sectors in November.

A sub-index for construction activity stood at 60.5 in November, improving from 59.8 in October.

Also read: China to build a major dam on Brahmaputra river in Tibet