Tougher FDI rules were not a surprise, as other countries are also on guard against fire sales of corporate assets during the coronavirus outbreak, but that they apply to investments from countries that share a land border with India raised eyebrows 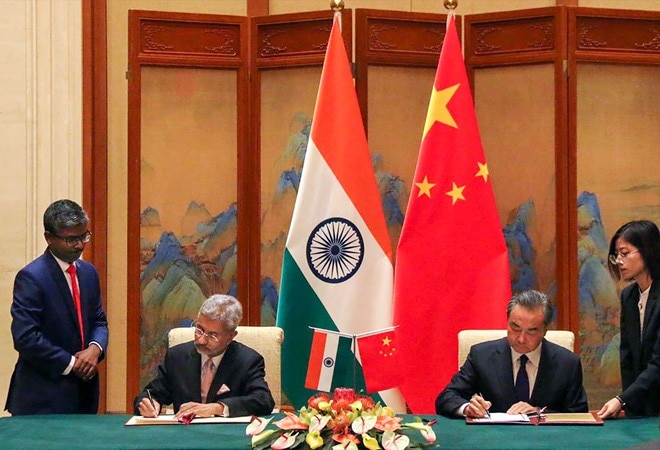 India's plan to screen foreign direct investments from neighbouring countries has Chinese firms concerned that such scrutiny will affect their projects and delay deals in one of Asia's most lucrative investment markets.

The tougher rules were not a surprise, as other countries are also on guard against fire sales of corporate assets during the coronavirus outbreak, but that they apply to investments from countries that share a land border with India raised eyebrows.

Chinese firms existing and planned investments in India stand at more than $26 billion, research group Brookings said in March, with the world's second-most populous nation emerging as a key market for everything from automobiles to digital tech.

The new rules are to curb "opportunistic" takeovers during the coronavirus outbreak that has hit Indian businesses, but government sources have said they will also apply to greenfield investments. China has called the rules "discriminatory".

Some Chinese investors have already "put things on hold" as they await further clarity on the rules, said Vaibhav Kakkar of Indian law firm L&L Partners.

"Every Chinese investor is worried, any government approval could take months," said Kakkar, who advises several foreign companies and investors.

This will affect India's digital businesses who are in dire need of funds to tide over the coronavirus crisis, he said.

MG Motor and Great Wall are concerned about the policy and its possible implications on future investment plans, according to four sources familiar with the thinking.

While MG started selling cars in India last year, it is yet to fully invest the $650 million it has committed to India. Great Wall is yet to start production in India but said in February it plans to invest $1 billion in the coming years.

"Sentiment wise it's not been taken well but it will not change the investment plans for now," said one of the sources who works closely with Chinese automakers in India.

MG Motor and Great Wall did not respond to a request for comment.

Indian craft beer maker Bira's roughly $50 million of bridge financing round that involved Chinese investors could be delayed due to the new rules, said an industry source with direct knowledge. Bira did not respond to a request for comment.

India's industries ministry is reviewing several queries received since the policy was made public over the weekend, but it has not been decided if further clarifications will be issued, a government official told Reuters.

The new rules govern entities located in a country that shares a land border with India. Such foreign direct investments will now require government approval, meaning they can't go through a so-called automatic route, and will also apply on investments from Hong Kong, Reuters has reported.

The policy risks souring relations between the two nations and furthering anti-China sentiment already festering in India before the coronavirus outbreak.

Companies regularly battle consumer perception that Chinese goods are of inferior quality and those views have only worsened as the coronavirus epidemic spread from China around the world.

Welcoming the investment rules, Ashwani Mahajan of the Swadeshi Jagran Manch, a Hindu nationalist group close to India's ruling party, said domestic startups should not rely on any Chinese funding as there was enough local capital available.

"We have even more reasons to oppose China now there is a general feeling against China, and secondly we have been saying Chinese goods are of bad quality," said Mahajan.

"Nowhere have we said that we are going to constrain China's investment. They have been a big player in India's start-up story," Kant told the CNBC TV18 channel.

ALSO READ:Sweden: The world champion of 'herd immunity' in fight against coronavirus