Coronavirus in Pakistan: Imran Khan rules out total shutdown as cases rise to 1,700 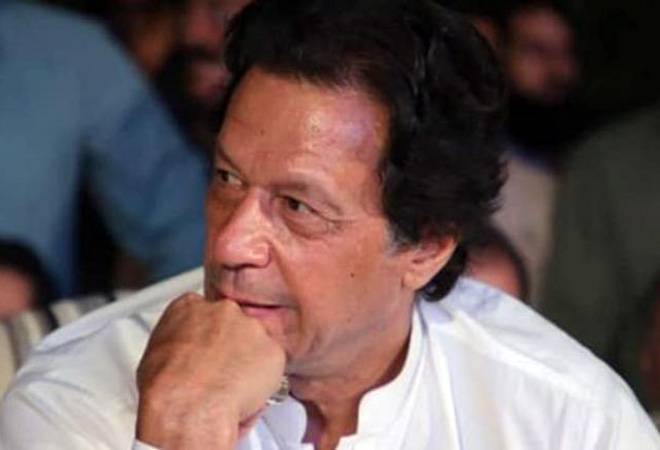 Prime Minister Imran Khan on Monday ruled out a complete shut down and said a total lockdown would create "unrest" like the one being witnessed in a neighbouring country, even as the number of coronavirus cases in Pakistan surpassed 1,700.

The epidemic is still spreading despite steps by the government. The Prime Minister's Advisor on health Dr Zafar Mirza said local transmission was increasing after government stopped all international flights.

If we were like China, I would have shut down the country. But our 25 per cent (people) are below poverty and 20 per cent just above it We are talking about more than 80 million people in Pakistan (who will suffer due to poverty). So no lockdown can succeeded in such a situation, Khan said.

He said that due to the lockdown in our neighbouring country , people were on the roads.

Now India's problem is that if they end lockdown, the virus will spread, and if they continue, people will die of hunger, Khan claimed. Khan said he was firm that if we cannot provide food to everyone, we cannot enforce lockdown.

I am announcing Corona Relief Tiger Force to work in collaboration with government and security agencies. The force will provide food to the people if we were forced to lockdown, he said. Khan also launched Corona Relief Fund which will be operational from Wednesday, and people donating in the fund will get relief.

He said State Bank of Pakistan had decided that all entity which will retain workers will be eligible for concessional loans. He said that only a nation united and cooperating with the government can win this war.

Khan said a dedicated team under him was tracking the rise of corona and that the country would be in position after 4-5 week to predict with accuracy if the disease was dying down or not.

Prime Minister Khan also chaired a high-level meeting to review the measures taken in industry and commerce, energy and to provide relief to poor segments of society in the wake of coronavirus outbreak.

Addressing the meeting, Khan underscored his resolve to take steps to provide possible relief to people and every sector of the economy in difficult hour in the face of coronavirus outbreak. The country is facing an unprecedented situation and the government institutions need to play a vibrant role in this crisis, he said.

Earlier, Khan's advisor on information, Firdous Ashiq Awan, said the Prime Minister will take people into confidence about delivery of ration and food supplies to deserving poor families across the country at their doorsteps. She said there is no shortage of edible items in the country and the authorities will treat hoarders and profiteers with an iron hand.

National Disaster Management Authority (NDMA) chief Lt Gen Muhammad Afzal said new Labs were being set up to increase testing capability in the country. He said that more medical equipment would be imported from China in coming days. Three to four flights will go China during next 2-3 days and they will bring essential items, said Afzal.

A spokesperson for the Sindh health department said that the number of patients in Karachi alone rose to 222 with 33 new cases reported on Sunday and all the cases, the spokesperson confirmed, were of local transmission.

Health experts appealed to the people to stay home and strictly adhere to basic hygiene measures to break the chain of coronavirus transmission.

Meanwhile, Sindh education minister Saeed Ghani, who was tested positive for coronavirus last week, announced that he had recovered. I will pick up my work from where I left, he said on Twitter.

On Saturday, the Pakistan government decided to keep its western borders with Iran and Afghanistan and eastern border with India closed for two more weeks due to the coronavirus pandemic.

Coronavirus: US reports 540 deaths in one day; highest so far