Finance minister Rishi Sunak, who had previously announced the state would pay part of the wages of employees to dissuade their firms from laying them off, had come under pressure to offer a similar lifeline to Britain's 5 million self-employed workers 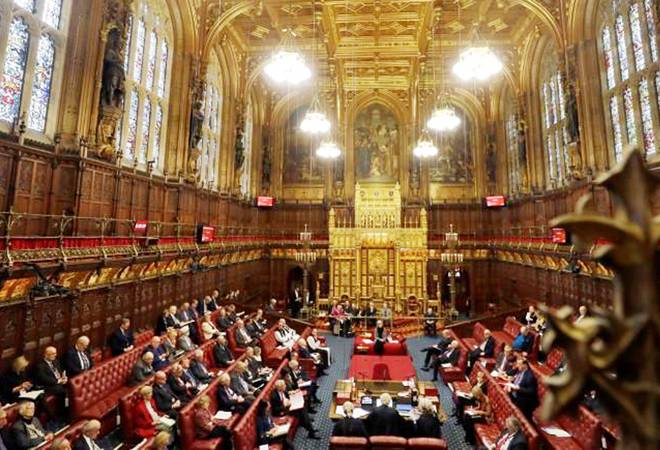 The British government will pay grants to self-employed people who have lost their livelihoods because of the coronavirus lockdown, further extending an unprecedented package of measures to prevent the economy from collapsing.

Finance minister Rishi Sunak, who had previously announced the state would pay part of the wages of employees to dissuade their firms from laying them off, had come under pressure to offer a similar lifeline to Britain's 5 million self-employed workers.

Governments around the world are scrambling to avert economic catastrophe, underlined on Thursday by shock figures from the United States showing that more than 3 million Americans applied for unemployment benefits last week.

Sunak said Britain's government would pay those self-employed people who have been adversely affected by the coronavirus a taxable grant worth 80% of their average monthly profits over the last three years, up to 2,500 pounds ($3,000) a month.

"To all of those who are self employed, who are rightly anxious and worried about the next few months: you haven't been forgotten, we will not leave you behind and we are all in this together," Sunak said at a news conference in Downing Street.

But he added that self-employed workers will have to last out until mid-June for the scheme to kick in and they must also wait to be contacted by tax authorities.

The scheme will be open to those with trading profits of up to 50,000 pounds, for at least three months.A Treasury official said up to 3.8 million workers will be covered and two think-tanks, the Resolution Foundation and the Institute for Fiscal Studies, estimated Thursday's measures will cost the government some 10 billion pounds.

The cap of 2,500 pounds per month is the same as that for employees in the package of measures announced previously. Together, the schemes for employees and the self-employed will protect around 80% of British workers, Sunak said.

"What we have done will, I believe, stand as one of the most significant economic interventions at any point in the history of the British state and by any government anywhere in the world," he said.

About 15% of Britain's workers are self-employed, a bigger share of the workforce than in any other Group of Seven rich nations apart from Italy.

The British Chambers of Commerce (BCC) and the Association of Independent Professionals and the Self-Employed welcomed Sunak's plans. "It is now critical that the government delivers this practical support to people on the ground as soon as possible," BCC director general Adam Marshall said.

Working in tandem, the government and the Bank of England have been announcing enormous packages of measures to try and cushion the impact of the epidemic - the scale of which was underlined by new figures showing the UK death toll had risen by over 100 to 578.

The central bank carried out two emergency rate cuts earlier this month and vastly expanded its bond purchase programme. It said on Thursday it was ready to further ramp up its bond-buying programme if necessary.