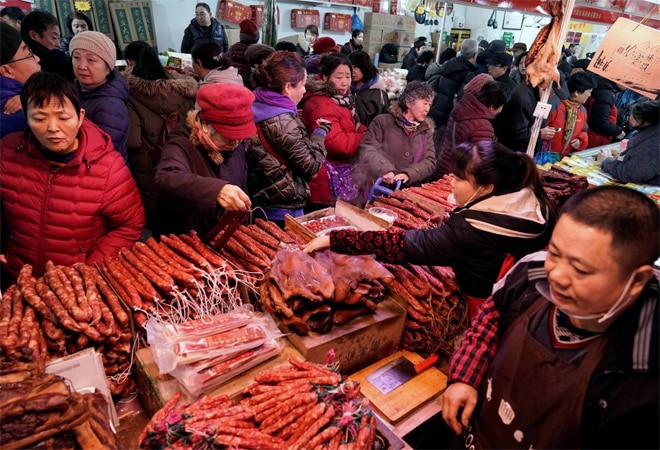 Chinese meat importers and processors have called on exporters in countries with COVID-19 outbreaks to step up checks on shipments before they are sent to the world's biggest market, China's top industry group said.

"China has been importing a large quantity of meats this year, and has detected virus on the packaging of cold chain products many times, even as lots of disinfection has been done domestically," Gao Guan, spokesman for the China Meat Association, said on Tuesday.

It would be better to handle virus control at the point of origins and carry out disinfection at production plants as the cost would be lower and efficiency higher, Gao said. China has ramped up disinfection and virus testing on frozen food after it found coronavirus on imported products and packaging.

The measures have pushed up costs, disrupted trade, and irritated major exporters. The semi-official industry body suggested exporters in COVID-19 hit countries should disinfect the outer packaging of products and the inner side of containers before sealing export products, the association said in a weekend statement.

The initiative was proposed to "ensure the safety of imported cold-chain food and boost consumers' confidence in imported cold-chain products," it said. The proposal came after some exporters, including JBS in Brazil, started to take measures including extensive disinfection of products and storage sites, Gao said.

A source linked to meat exporters in Brazil said the disinfection process started in March, by fumigation. Recently, Brazil received an alert from the Chinese to intensify disinfection, the source said. JBS said in a statement it implemented new protocols in July including disinfecting storage areas and the inside of containers used for shipping before and after loading.

The World Health Organization has said people should not fear food or food packaging during the pandemic. Chinese officials say there is still a risk of transmission. Denmark and Spain are among the leading exporters of pork to China with shipments from Germany currently banned following an outbreak of African Swine Fever in September.

"The Danish authorities maintain the dialogue with China about what opportunities there are for exporting to China," Jens Hansen, spokesman for pork exporter Danish Crown, said. "We are absolutely certain that the authorities are also talking to China about this issue. If it is a desire from the Chinese side to have shipments disinfected, then we will find a way to get that done."

Reported cases have shown that contact with packaging contaminated with coronavirus could lead to human infection, the Chinese association said. "The virus is new. We are still accumulating experience when fighting against it," Gao said.

"We should get together and discuss how to use the most scientific, efficient and low-cost way to secure public health, and trade at the same time," Gao added.

Also read: No 'buy one get one free' promotion for unhealthy food items in UK from April 2022