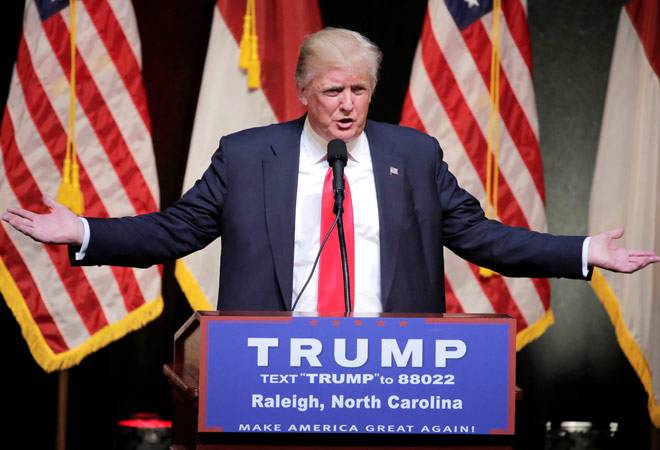 "I certainly think he is a very big risk for the global economy. I think the damage he has done already by raising the spectre...represents a force of instability in global financial and trade system," he told reporters ahead of an interactive session organised by Azim Premji University here.

He was asked whether Trump could be the biggest risk to the global economy following his hostility towards free trade, including North American Free Trade Agreement (NAFTA) and his repeated comments labelling China as a currency manipulator.

Many economists and experts on financial matters in the US have come out openly, saying if Trump wins the election, his hostile attitude to free trade would alienate Mexico and China in particular, resulting in escalation of trade war.

Stiglitz said all presidential candidates have come out against the new trade agreements, including Trans-Pacific Partnership (TPP) and Transatlantic Trade and Investment Partnership (TTIP) and these are not good for American citizens and Europe.

Stiglitz said most of the aspects is not about trade, but about the investment and intellectual property provisions.

The real concern, however, would be if India goes back on its longstanding view on intellectual property provision that has access to generic medicines, which is important, he said.

He alleged India was under pressure from US to follow he same tradition, but it's important for the country not to give in to it, "which comes totally from big pharma companies which does nor represent the interests of the American people."

Stiglitz said Hillary Clinton of the Democratic Party had already expressed opposition to TPP which includes these provisions on generic medicines and investments.

Asked if TPP was mainly aimed at containing China, he said, "One of the arguments put forward in the US is about maintaining American hegemony in Asia."

"President Barack Obama said who is going to write the rules of trade in Asia? The response of Asia should be Asia should be writing their own rules, not the US," he said.

India slips to 91st place on readiness for digitised economy

Rupee recoups 6 paise to end at 67.39 against dollar