To confront the biggest recession in its history, officials said the EU had as good as a consensus on a 750 billion euro coronavirus fund to be sent as loans and grants to the countries hit hardest by the virus 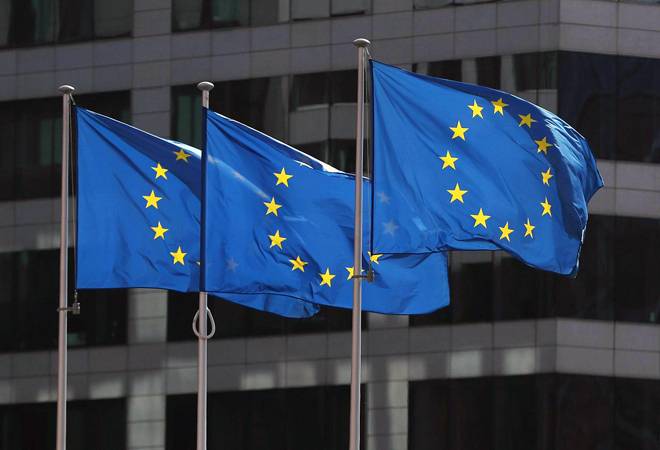 Weary European Union leaders finally were closing in on an unprecedented 1.82 trillion euro (USD 2.1 trillion) budget and coronavirus recovery fund early Tuesday, somehow finding unity after four days and as many nights of fighting and wrangling over money and power in one of their longest summits ever.

To confront the biggest recession in its history, officials said the EU had as good as a consensus on a 750 billion euro coronavirus fund to be sent as loans and grants to the countries hit hardest by the virus.

That comes on top of the seven-year 1 trillion euro EU budget.

One EU official close to the talks said that we are as good as there."

A diplomat from a big EU nation said the major issues had been dealt with, but that some member states were looking for final small concessions in the 7-year budget.

A diplomat from another nation concurred but said such issues could still take a few hours.

All officials spoke on condition of anonymity because the talks were still ongoing.

An extraordinary situation demands extraordinary efforts," German Chancellor Angela Merkel said as the leaders pushed on with one of the bloc's longest summits ever.

What was planned as a two-day summit scheduled to end Saturday was forced into two extra days by deep ideological differences among the 27 leaders.

Dutch Prime Minister Mark Rutte, defending the cause of a group of five wealthy northern nations -- the Netherlands, Austria, Finland, Sweden and Denmark -- was on the brink of securing limits to costs and imposing strict reform guarantees on any rescue plan for needy nations.

It was the focal point of the marathon talks that started on Friday morning.

The coronavirus has sent the EU into a tailspin, killing around 135,000 of its citizens and plunging its economy into an estimated contraction of 8.3 per cent this year.

Spanish Prime Minister Pedro Sanchez insisted the adoption of an ambitious plan was required as the health crisis continues to threaten the continent.

The bloc's executive has proposed a 750 billion euro coronavirus fund, partly based on common borrowing, to be sent as loans and grants to the countries hit hardest by the virus.

That comes on top of the seven-year 1 trillion euro EU budget that leaders had been haggling over for months even before the pandemic.

With Macron and Merkel negotiating as the closest of partners, the traditionally powerful Franco-German alliance could not get the quarrelling nations in line for long.

The leaders mulled a proposal from the five wealthy northern nations that suggested a coronavirus recovery fund with 350 billion euros of grants and the same amount in loans.

The five EU nations -- nicknamed the frugals -- had long opposed any grants at all, while the EU executive had proposed 500 billion euros.

The latest compromise proposal stands at 390 billion euros in grants.

All nations agree in principle they need to band together but the five richer countries in the north want strict controls on spending, while struggling southern nations like Spain and Italy say those conditions should be kept to a minimum.

The five have been pushing for labour market and pension reforms to be linked to EU handouts and a brake enabling EU nations to monitor and, if necessary, halt projects that are being paid for by the recovery fund.

Rutte and others also wanted a link to be made between the handout of EU funds and the rule of law -- a connection aimed at Poland and Hungary, countries with right-wing populist governments that many in the EU think are sliding away from democratic rule.

The diplomat from the major EU nation said that had been settled too but no details were available.