Plummeting oil prices were pushing the US further from the Fed's inflation target, but consumers appeared poised to spend and business investment seemed steady. 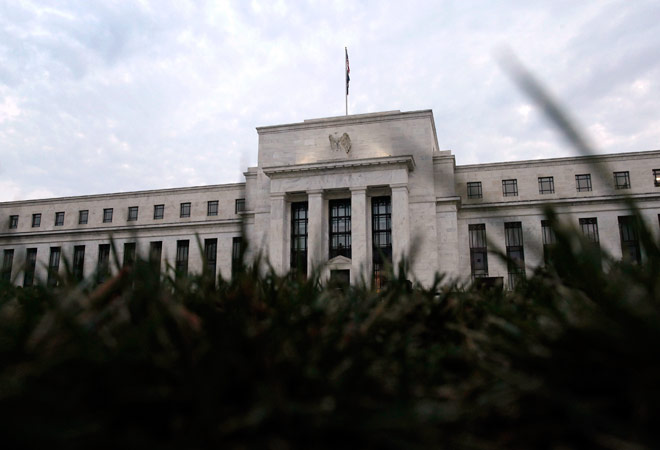 The US Federal Reserve pressed ahead at its last policy-setting meeting with plans to begin raising interest rates later this year despite an apparently vigorous debate over how to communicate its intentions.

According to minutes of the Fed's December 16-17 meeting, released on Wednesday, US central bankers reviewed a broad set of data showing the United States was holding its own as other parts of the global economy turned in the wrong direction.

Plummeting oil prices were pushing the United States further from the Fed's inflation target, but consumers appeared poised to spend, jobs were being created, and business investment seemed steady.

"Many participants pointed to relatively high levels of consumer confidence as signaling near-term strength in discretionary consumer spending, and most participants judged that the recent significant decline in energy prices would provide a boost," the minutes said.

"Industry contacts pointed to generally solid business conditions, with businesses in many parts of the country expressing some optimism about prospects for further improvement in 2015. Manufacturing activity was strong."

But with inflation still low, and the economic outlook for the euro zone and Japan darkening, the Fed struggled for how best to square the circle - acknowledging improvement in the United States while not committing to any particular timetable for raising rates.

The solution produced a statement that tried to have it both ways. New guidance was offered saying the Fed could be "patient" in deciding when to close the next chapter on the financial crisis and begin raising rates.

However, the central bank also said it considered that language "consistent" with its prior guidance that there could be a "considerable time" before rates actually rose.

That phrase was considered dated, central bankers noted, because it was tied to the October shutdown of the Fed's bond asset purchase program.

Most Fed participants said use of the word "patient," according to the minutes, "would provide more flexibility to adjust policy in response to incoming information than the previous language, which had tied the beginning of normalization to the end of the asset purchase program."

By saying the new guidance was consistent with its old statement, the committee hoped to "avoid the misinterpretation that this new wording reflected a change in the committee's policy intentions," and signal that a rate increase was close.

Fed Chair Janet Yellen clarified at a December 17 press conference that the word "patient" meant the central bank would not raise rates for at least a "couple of" meetings.

"It looks to me like the Fed is erring on the side of, 'don't get too worried about rate hikes too soon,'" said Michael Mullaney, chief investment officer at Fiduciary Trust Co in Boston.

"If it continues to say later this year, fine, but a lot of people are saying nothing will happen until the end of the year, at best, because of the oil-induced global weakness," Mullaney said.