From a flat above Downing Street, Johnson will have to grapple with Europe's deadliest COVID-19 outbreak and master the delicate diplomacy needed to clinch a last-minute Brexit trade agreement within days 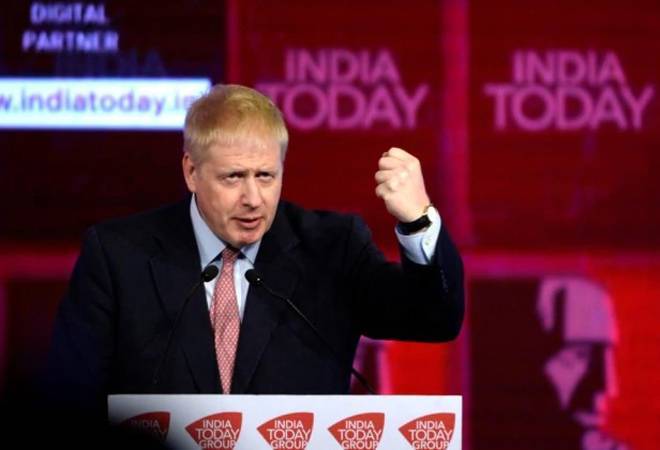 British Prime Minister Boris Johnson said he was perfectly well after coming into contact with someone with COVID-19 and will drive the government forward via Zoom while he self-isolates for two weeks in Downing Street. Johnson's latest brush with COVID comes after a tumultuous week in which his most senior adviser, arch Brexiteer Dominic Cummings, was ousted after clashing with a rival faction led by his fiancee and his new spokeswoman.

From a flat above Downing Street, Johnson will have to grapple with Europe's deadliest COVID-19 outbreak and master the delicate diplomacy needed to clinch a last-minute Brexit trade agreement within days. "I'm fit as a butcher's dog - feel great," Johnson said in a video tweet, smiling and wearing a jumper with an open shirt. "I'm bursting with antibodies.

"Plenty more to say via Zoom of course and other means of electronic communication," Johnson, 56, added. Johnson announced on Sunday that he had been told by the NHS Test & Trace scheme to self-isolate for two weeks after it was confirmed that a lawmaker, Lee Anderson, who attended a 35-minute meeting with him on Thursday had tested positive.

"He's well, he's absolutely full of beans," Health Secretary Matt Hancock told Sky News. "He'll be, I've got no doubt, driving things forward this week by Zoom." When Johnson caught COVID-19 in March, he tried to work through the illness "in denial" - but ended up wearing an oxygen mask in an intensive care unit and was ultimately out of action for almost a month.

He later said he had fought for his life as the state prepared for the unthinkable: the possible death in office of a prime minister. Johnson has repeatedly spoken about how the apparent brush with death this year changed his outlook. He has often talked of the need to lose weight after reaching 17st 6lb (112 kg), which he said was too much for a man with a height of 5ft 10in (1.78 m).