The anti-terrorism court, or ATC, in Lahore found Hafiz Saeed guilty of "being part of a banned terrorist outfit" and possessing illegal property 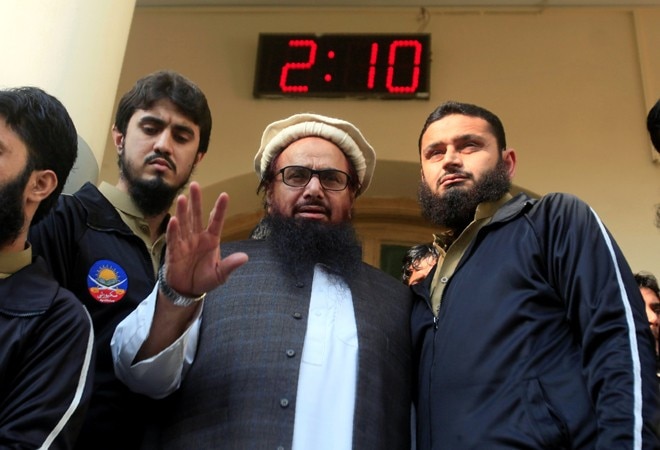 Mumbai attack mastermind Hafiz Saeed has been sentenced and fined by a Pakistan anti-terrorism court in two terror-financing cases on Wednesday. The Jamat-ud-Dawa chief will serve two sentences of five and a half years each and will have to pay two tranches of Rs 15,000 as fine. He will serve both jail terms concurrently.

The anti-terrorism court, or ATC, in Lahore indicted Saeed and his close aides in two cases of terror financing, reports said. He was present in the courtroom when his sentence was pronounced. He was found guilty of "being part of a banned terrorist outfit" and possessing illegal property, his lawyer Imran Gill told AFP.

The terror financing cases were filed by the Counter-Terrorism Department (CTD) chapters in branches in Lahore and Gujranwala. Saeed was arrested by the CTD in July last year when he was travelling from Lahore to Gujranwala. The Pakistan anti-terrorism agency had accused Saeed's JuD of financing terrorist activities from funds amassed via various non-profit organisations.

ALSO READ: Not meeting FATF obligations would be devastating for Pak economic reform program: US

A month before Saeed's arrest, the Financial Action Task Force had directed Pakistan to deliver on its promises on putting an end to terror financing from its soil. In October last year, the Paris-based organisation had decided to keep Pakistan on its grey list and will take a decision in this matter during its meeting that begins on February 16.

Saeed has been accused by India and the United States of orchestrating the devastating 2008 terror attacks in Mumbai which claimed 166 lives, six of them Americans. The US and United Nations have already declared Saeed a global terrorist. His organisation, Jamat ud Dawa is seen as a front for Lashkar-e-Taiba that is held responsible for the attacks.

Coronavirus: Why Xi Jinping did not wear the safer N95 mask to hospital