The Trump administration reacted sharply to the move, accusing the Democrats of conducting an 'unauthorised impeachment proceeding' 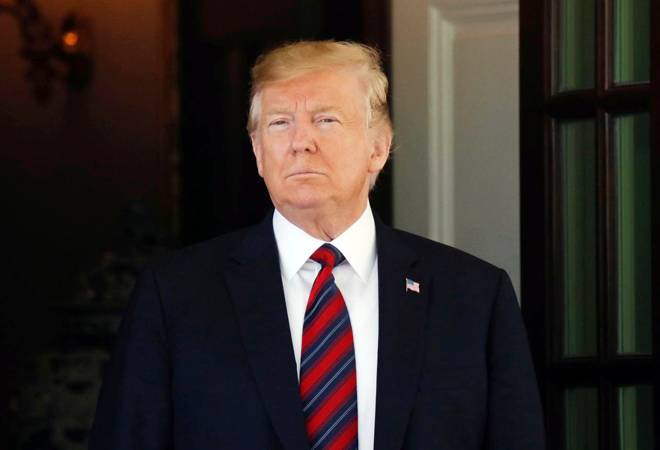 The US House of Representatives, which is controlled by the opposition Democratic party, will vote on impeachment procedures against President Donald Trump for the first time later this week, according to a 'dear colleague' letter by House Speaker Nancy Pelosi.

The Trump administration reacted sharply to the move, accusing the Democrats of conducting an "unauthorised impeachment proceeding".

In the letter, released to the press on Monday, Pelosi said, "This week, we will bring a resolution to the Floor that affirms the ongoing, existing investigation that is currently being conducted by our committees as part of this impeachment inquiry, including all requests for documents, subpoenas for records and testimony, and any other investigative steps previously taken or to be taken as part of this investigation."

This resolution establishes the procedure for hearings that are "open to the American people", authorises the disclosure of deposition transcripts, outlines procedures to transfer evidence to the Judiciary Committee as it considers potential articles of impeachment, and sets forth due process rights for the president and his counsel, she said.

"We are taking this step to eliminate any doubt as to whether the Trump Administration may withhold documents, prevent witness testimony, disregard duly authorized subpoenas, or continue obstructing the House of Representatives," Pelosi said.

White House Press Secretary Stephanie Grisham, however, said, "We won't be able to comment fully until we see the actual text, but Speaker Pelosi is finally admitting what the rest of America already knew -- that Democrats were conducting an unauthorized impeachment proceeding, refusing to give the president due process, and their secret, shady, closed-door depositions are completely and irreversibly illegitimate."

Congressman Adam Schiff, who is the chairman of the House Permanent Select Committee on Intelligence, said, "This week, we will bring to the Floor a resolution that establishes the format for open hearings that will be conducted by the House Intelligence Committee as part of the House's ongoing impeachment inquiry, as well as procedures to transmit any evidence or report to the Judiciary Committee."

"The American people will hear first-hand about the president's misconduct," he said.

The House Rules Committee described it as "directing certain committees to continue their ongoing investigations as part of the existing House of Representatives inquiry into whether sufficient grounds exist for the House of Representatives to exercise its Constitutional power to impeach Donald John Trump, President of the United States of America, and for other purposes".

Congressman Jim McGovern, the chairman of the House Rules Committee, announced to introduce a resolution to "ensure transparency" and "provide a clear path forward" in the impeachment inquiry.

Indian American Congressman Ro Khanna said the House Democrats have gone out of their way to ensure the impeachment process is transparent and thorough.

"There is nothing left for Republicans to attack, and I expect a few will end up voting their conscience," he told the CNN.