How the 16-day shutdown squeezed corners of US economy 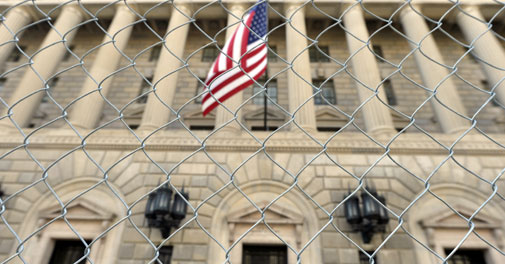 The full economic effect of the 16-day partial government shutdown will take months to tally. But it's already clear it left its footprints in key areas of the economy.

Overall, the shutdown cost the US economy $24 billion, according to Beth Ann Bovino, an economist at Standard & Poor's. That's why she's cut her forecast for growth in the October-December quarter to a 2.4 per cent annual rate from an earlier estimate of 3 per cent. Other economists have also downgraded their outlooks.

Still, the pain won't be as severe as it could have been. For one thing, furloughed government workers will receive back pay. They and other Americans who delayed making large purchases in the past couple of weeks could step up spending in coming months.

Here's how the shutdown affected the economy and several key drivers of growth:

It's hard to know exactly how much consumers will cut back. According to Gallup, consumer confidence fell in the first week of the shutdown by the most since September 2008, when the collapse of Lehman Brothers intensified the financial crisis. Historically, spending doesn't always closely track confidence.

Still, weekly chain store sales fell 0.7 per cent last week, the second drop in a row, according to the International Council of Shopping Centers.

Doug Handler, chief economist at IHS Global Insight, has cut his forecast for the fourth quarter by the same amount as Bovino. About half the reduction reflects less spending by the federal government. The other half reflects lower spending by consumers and businesses.

History suggests that consumers will bounce back quickly. Economist Joseph LaVorgna of Deutsche Bank notes that after a similar showdown over the debit limit two years ago, the economy grew over the next six months at the fastest pace in eight years. That's why many analysts are marking down their estimates of fourth-quarter growth only slightly.

"Consumers' memories are short," says Michael Niemira, chief economist at the ICSC. "That could be good news for the economy."

The steady recovery in home sales, construction and prices in the past two years has provided critical support for the economic recovery. Most economists expect the sector to remain healthy.

Still, there could be short-term bumps. Mortgage applications submitted by potential home buyers fell 5 per cent last week. Applications for mortgages insured by the Federal Housing Administration and other government agencies dropped to their lowest level since December 2007, when the Great Recession officially began, according to the Mortgage Bankers Association.

Some Americans postponed or canceled auto sales, according to J.D. Power and Associates. Sales fell to an annual rate of 15.3 million in the second week of the shutdown, from 15.6 million in the first week. Industry analysts blamed the budget battle in Washington and its effect on consumer confidence.

Before October, auto sales had been running at an annual rate of 15.5 million this year, up from last year's 14.4 million. Auto sales have been a bright spot in the US economy since the recession officially ended in June 2009.

The uncertainty surrounding the government's borrowing limit pushed up interest rates on one-month, three-month and six-month Treasury bills. That's because investors grew nervous that the Treasury Department would miss an interest or principal payment on the debt. The higher rates will push up US borrowing costs $114 million this year, Handler of IHS estimates.

Relief around the world as US avoids debt default