India considers moving WTO against US over withdrawal of import sops

On March 5, the US decided to withdraw import duty benefits, which was in the range of 1-6 per cent, under its Generalized System of Preferences (GSP) programme. 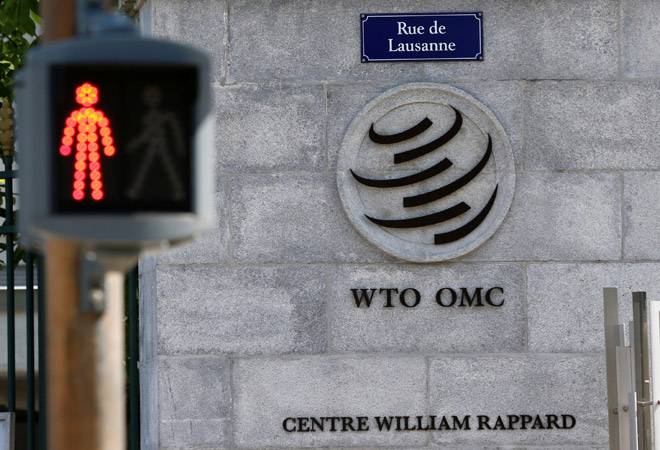 India is exploring various options, including approaching the WTO dispute body, to deal with the US decision to withdraw import incentives for about 2,000 domestic goods under the trade preference scheme, sources said.

Providing fiscal support to domestic exporters of those sectors hit by the US decision and imposing retaliatory duties are also among the options considered by India, they said.

On March 5, the US decided to withdraw import duty benefits, which was in the range of 1-6 per cent, under its Generalized System of Preferences (GSP) programme.

ALSO READ:India-US: What is preferential trade status and how will its removal affect ties?

The decision could impact India's exports worth $5.6 billion under this scheme. Removal of the benefits would result in imposition of duties by the US on these 2,000 products, making them uncompetitive in the American market in terms of pricing.

However, another source said that it might be a long drawn process in the World Trade Organisation (WTO) and the better option would be to resolve the issues through bilateral dialogues, as India has trade surplus with the US.

India approaching the Geneva-based WTO's dispute settlement body would depend whether the US is differentiating among the developing countries by excluding India based on WTO's non-compatibility criteria.

In 2003, India had won a case in the WTO against the European Commission following its denial of GSP incentives for textiles and drugs exporters.

Besides, India has an option to impose retaliatory tariffs on the 29 US products, deadline for which has been extended until April 1. India has extended the deadline to impose these duties for six times.

Trade experts said that India has the option to drag the US in the WTO dispute over the GSP issue and impose retaliatory tariffs.

"India can file a complaint to the WTO's dispute settlement body. But I think bilateral negotiations are the best options to find a solution to the issue," Professor Biswajit Dhar of Jawaharlal Nehru University (JNU) said.

According to Federation of Indian Export Organisations (FIEO) President Ganesh Kumar Gupta has said that the US decision to withdraw duty benefits will have a impact on few domestic sectors such as processed food, leather, plastic, and engineering goods.

The other sectors that were enjoying the duty benefits include building material and tiles; hand tools (spanners, wrenches, drilling equipments); engineering goods such as spark ignition, turbines and pipes, parts of generators, cycles; made-ups (pillow and cushion covers); and women's woven dresses, he has said.

India has said that the US government's move to withdraw duty concessions will not have a significant impact on exports to America as the benefits amount to only about $190 million annually.