From fifth most trusted in 2014, India has now become the second-most trusted in 2015 with a score of 79 per cent in the barometer. The study has put India Prime Minister Narendra Modi's image on the first page. 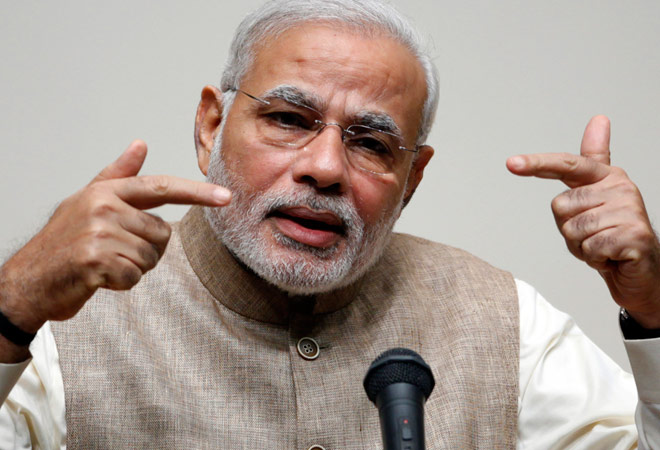 Moving up the ranks, India has emerged as the second-most trusted country in the world in terms of faith reposed on its institutions even as globally trust levels have fallen, says a survey.

As the world's rich and powerful gather in the Swiss resort of Davos, a study by public relations firm Edelman has found that general level of trust in institutions among college-educated people around the globe are at levels not seen since 2009 in many of the markets it surveyed.

Trust in institutions in India has improved sharply in 2015 with the country moving up three notches to the second place among 27 nations.

Brazil, Malaysia, France and the US are among the 8 "neutral" nations as per the trust index, the survey said.

According to the report, an "alarming evaporation of trust" has happened across all institutions, reaching the lows of the Great Recession in 2009.

Trust in government, business, media and NGOs in the general population is below 50 per cent in two-thirds of countries, including the US, UK and Germany, it said.

From fifth most trusted in 2014, India has now become the second-most trusted in 2015 with a score of 79 per cent in the barometer. The study has put India Prime Minister Narendra Modi's image on the first page.

The list is topped by UAE with 84 per cent trust.

Indonesia (78 per cent), China (75 per cent), Singapore (65 per cent) and Netherlands (64 per cent) are the others that have recorded highest levels of trust.

Globally, the overall trust index was down a percentage point from the previous year at 55 per cent. Trust levels in major developed economies, such as the United States, Germany and France, hovered around 50 per cent.

The barometer shows waning trust in non-governmental organisations, media and business. Trust in government recovered somewhat but politicians remain the most distrusted group assessed at 48 per cent. Interestingly, trust in politicians in India has grown to 82 per cent in 2015 from 53 per cent a year ago.

Government was the only institution to gain trust in 2015, driven by improvements in 16 countries, including India.

In terms of NGOs in India, trust was almost flat at 74 per cent from 75 per cent. Also, while trust in media has fallen in more than half of the countries, India appears to have scored well on that front too with 76 per cent in 2015 vis-a-vis 71 per cent in 2014.

However, following a pattern seen in previous years, companies headquartered in BRIC countries remain among the most distrusted of businesses.

Globally, trust of CEOs is at 43 per cent, higher than the 38 per cent that have faith in government officials, according to the study. 'Industry expert' remains the most-trusted category at 70 per cent.