Shanker Singham, CEO of free market consultancy Competere claims that unlike other trade agreements which could take many years to negotiate, the UK can conclude an FTA with the EU more quickly. 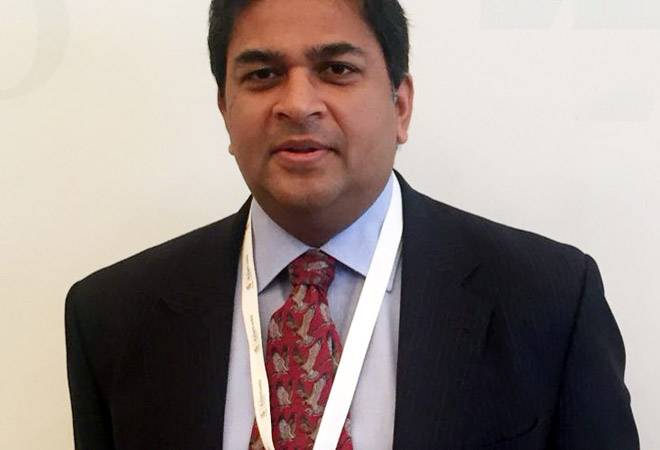 A leading Indian-origin trade expert has joined hands with a former Brexit minister to launch new draft proposals for a future free trade agreement (FTA) between the UK and European Union (EU).

Shanker Singham, CEO of free market consultancy Competere and Director of the International Trade and Competition Unit at the London-based Institute of Economic Affairs (IEA) think tank, claims that unlike other trade agreements which could take many years to negotiate, the UK can conclude an FTA with the EU more quickly.

"We know the EU wants to do a deal with us because they have repeatedly told us so. We also know that unlike other trade agreements which can take years and years to negotiate, this one should be concluded more quickly," said Singham, citing three main reasons.

First, unlike all other trade agreements, we have the unique starting point of identical regulations and as well as zero tariffs and no quantitative restrictions, he said.

"Secondly, the proposed FTA is a sound basis for future agreement as it is based, wherever possible, on existing EU agreements with other nations. Third, the FTA approach also respects the integrity of the European Single Market and Customs Union and builds on the EU's original offer of a comprehensive FTA with the entirety of the United Kingdom."

Singham's proposals have found the backing of pro-Brexit Conservative Party MP David Davis, who had resigned as British Prime Minister Theresa May's Secretary of State for Exiting the EU last year in protest over her Brexit plan.

Davis welcomed the approach as it shows the British public what a "comprehensive, advanced FTA" would look like and reflects what voters expect following the referendum in favour of Brexit in June 2016.

"We have lived with the customs union and the single market for so long, but an FTA would be very different," says the ex-minister.

"Our proposed FTA would lower barriers to trade and, through mutual recognition, would improve domestic regulation on both sides. And, of course, our draft FTA will enable the UK to seize the Brexit prize of our own independent trade and regulatory policy," he said.

The draft proposals for a future FTA came as the think tank Singham is associated with was given an official warning by the UK's charity regulator for "misconduct and mismanagement" for campaigning for a hard Brexit without proper balance during an event in September 2018.

The Institute of Economic Affairs (IEA) received the warning by Charity Commission on Wednesday over its 'Plan A+: Creating a prosperous post-Brexit UK' document, authored by Singham.

The IEA, which is registered as an educational charity, removed the report from its website after receiving the warning but said it was "disappointed" with the watchdog's move.

Neil Record, chair of the IEA's board of trustees, said the think tank was "considering a range of options, as we believe this warning has extremely widespread and worrying implications for the whole of the think tank and educational charity sector".

The latest developments come 50 days before Britain is set to formally exit the 28-member economic bloc on March 29.

European Council President Donald Tusk made a harsh intervention into the ongoing debate over a withdrawal agreement acceptable to all sides during a press conference in Brussels with Ireland's Indian-origin Prime Minister Leo Varadkar.

"I've been wondering what that special place in hell looks like, for those who promoted Brexit, without even a sketch of a plan how to carry it out safely," Tusk told reporters on Wednesday.

He was immediately attacked for his "arrogance" by Brexit-backing British MPs, with Varadkar heard over the microphones warning him of "terrible trouble in the British press" for that remark.

Downing Street said it was a question for Tusk "whether he considers the use of that kind of language helpful".

Therea May is due to arrive in Brussels on Thursday to seek legal changes to the withdrawal deal she signed with the EU. She hopes these changes will help her get it through the UK Parliament, which had vehemently voted it down.

The so-called Irish backstop remains the biggest stumbling block to a deal, which is aimed at avoiding a hard border between the UK and EU member-country Ireland post-Brexit.

The EU has reiterated that the remaining 27 member countries have no plans to reopen the withdrawal agreement already struck in December last year.

"The EU is first and foremost a peace project. We will not gamble with peace or put a sell-by date on reconciliation. This is why we insist on the backstop," said Tusk.

Varadkar added that while he was "open to further discussions" with the UK government about post-Brexit relations, the legally-binding withdrawal agreement remained "the best deal possible".